If you have trouble picking out what people say when they talk quickly, flexing your right hand might help. A study at the Georgetown University Medical Center shows that doing something with the right hand, which is controlled by the left hemisphere of the brain, seems to improve the brain’s ability to distinguish and understand certain types of speech.

“Language is processed mainly in the left hemisphere, and some have suggested that this is because the left hemisphere specializes in analyzing very rapidly changing sounds,” says the study’s senior investigator, Peter E. Turkeltaub, M.D., Ph.D., a neurologist. Turkeltaub and his team hid rapidly and slowly changing sounds in background noise and asked 24 volunteers to simply indicate whether they heard the sounds by pressing a button.

“We asked the subjects to respond to sounds hidden in background noise,” Turkeltaub explains. “Each subject was told to use their right hand to respond during the first 20 sounds, then their left hand for the next 20 second, then right, then left, and so on.” He says that when subjects used their right hands, they heard the rapidly changing sounds more often than when they used their left hands.

On the other hand, the study showed that slow sounds were more easily ascertained when subjects used their left hands.

According to Tuirkletaub, “These results also demonstrate the interaction between motor systems and perception. It’s really pretty amazing. Imagine you’re waving an American flag while listening to one of the presidential candidates. The speech will actually sound slightly different to you depending on whether the flag is in your left hand or your right hand.”

Wearing contacts changes more about your eyes than your sight

Know Everything About Rosacea! 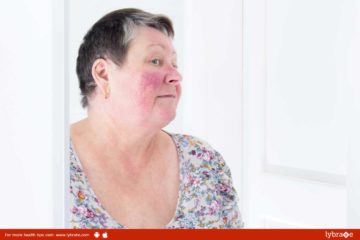