Why Do Orgasms Feel Good?

An orgasm is the climax of sexual activity that causes the release of sexual tension, muscular contractions in the pelvic region and a general feeling of pleasure. The human sexual response cycle (proposed by the Masters and Johnson team of sexual research) is divided into four stages, which are: excitement, plateau, orgasm and resolution.

Orgasms in men and women work on the same basic principles. These are as follows:

1. The amygdala of the brain is responsible for sexual response and this is the first part of the brain that is activated.

2. The dopamine neurotransmitter is released and sent to the ventral striatum (the most important part related to feelings of satisfaction), amygdala, hypothalamus and the olfactory centers. Interestingly, these are also the brain centers which are activated when we eat.

3. The above mentioned parts are associated with sexual pleasure but most of the other brain centers reduce their activity. This means that there is very little neural activity and the person is not thinking about any particular thing at this time. This is probably the reason for the primary sensation of pleasure.

4. The hypothalamus releases prolactin. Prolactin (the hormone responsible for production of breast milk in women) causes sexual satisfaction. It reduces immediate further sexual urge, especially in men as they do not have a refractory period as women do (women can experience orgasm again if stimulated within the refractory period). Viagra and other sexually stimulating drugs reduce the production of prolactin.

7. Endorphins released during arousal also help to reduce the feeling of pain, especially in women. The neural activity along with the hormones cause the sensations to not be identified as uncomfortable ones.

Why Do Orgasms Feel Good?

Hair Transplant – What Is It And How Do They Work? 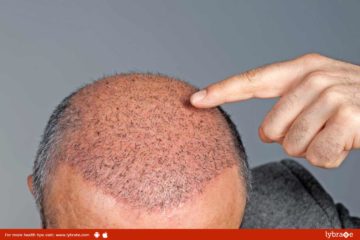