Why cockroaches can be good for your health

If you’re disturbed by bugs like cockroaches in your house, scientists at Johns Hopkins have come up with what they say are good reasons not to eradicate these scurrying critters. These insects could improve your family’s health in surprising ways.

According to Hopkins scientists, exposure to rodent and pet dander as well as roach allergens and many household bacteria decreases infants’ later susceptibility to allergies, wheezing and asthma.

The catch: Kids have to be exposed to these substances before their first birthday. If they only encounter them later in life, the bacteria and allergens can be linked to allergic reactions and asthma attacks.

The study shows that early exposure to bacteria and certain allergens have a protective effect by shaping children’s immune systems.

“Our study shows that the timing of initial exposure may be critical,” says study author Robert Wood, M.D., chief of the Division of Allergy and Immunology at the Johns Hopkins Children’s Center. “What this tells us is that not only are many of our immune responses shaped in the first year of life, but also that certain bacteria and allergens play an important role in stimulating and training the immune system to behave a certain way.”

The researchers discovered that infants raised in houses with mouse and cat dander and cockroach droppings in their first year of life experienced lower rates of wheezing at age 3 compared with children not exposed to these allergens right after birth.

They also found that the protective effect is additive. Babies that had all three allergens in their houses enjoyed a lower risk than babies exposed to only one or two of the allergens.

Wheezing took place three times as often among children who grew up without exposure to such allergens (51 percent), compared with children who spent their first year of life in houses where all three allergens were floating in the air (17 percent).

And babies in homes with a greater variety of bacteria were less likely to suffer environmental allergies and wheezing at age 3.

When the scientists analyzed the cumulative effects of bacteria, mouse, cockroach and cat allergens, they found that kids who didn’t wheeze and didn’t have allergies at age 3 had grown up with the highest levels of household allergens and were the most likely to be crawling around in houses containing the richest array of bacterial species.

About 40 percent of allergy-free and wheeze-free kids had grown up in the  allergen and bacteria-rich houses.

On the other hand, only 8 percent of children who suffered from both allergy and wheezing had been exposed to these substances during the first year of life.

Asthma is now a very frequent problem for kids. It afflicts about 7 million American children, according to figures from the U.S. Centers for Disease Control and Prevention.

By the time they are 3 years old, about half of all kids in the U.S. wheeze and many go on to develop full-blown asthma.

TV In The Bedroom Means Pounds Around The Middle

6 morning habits for a better day — and life

Why cockroaches can be good for your health 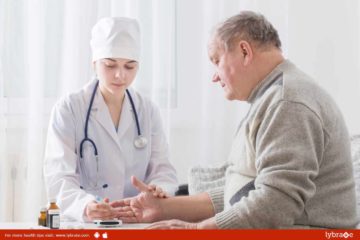