When food is the cure

I originally went on the paleo diet to improve my memory, which was starting to fail miserably. Within a week of changing my meals (no more grains, dairy, soy or legumes), my brain improved significantly.

And after I went on the diet, I realized that several other medical problems I had suffered for years had been linked to my old diet. That’s because the new diet made them either go away entirely or it shrunk them down to a manageable size.

My experience is not unique. Consider the story of Terry Wahls, a doctor who is a clinical professor of medicine at the University of Iowa Carver College of Medicine in Iowa City, Iowa. When Wahls began developing multiple sclerosis in 2000, her condition quickly deteriorated.

Within three years, she was starting to wonder if her disease would leave her unable to walk at all.

Wahls notes: “I underwent chemotherapy in an attempt to slow the disease and began using a tilt-recline wheelchair because of weakness in my back muscles. It was clear: eventually I would become bedridden by my disease.”

But after taking the powerful drugs that conventional medicine uses to treat multiple sclerosis, Wahls decided there had to be a better way to deal with her disease.

And she was right.

Her research showed her how to create “a list of nutrients important to brain health and (I) began taking them as supplements.”

But Wahls’ breakthrough moment came when she asked herself, “What if I redesigned my diet so that I was getting those important brain nutrients not from supplements but from the foods I ate? “

That was when she designed what she calls the Wahls Protocol, which is her version of the paleo diet: “I used what I had learned from the medical literature, Functional Medicine, and my knowledge of the Hunter-Gatherer diet — the most nutritious of any diet — to create my new food plan.”

Her new paleo diet improved her condition enough, without drugs, to allow her to return to a normal life. She says: “The results stunned my physician, my family, and me: within a year, I was able to walk through the hospital without a cane and even complete an 18-mile bicycle tour.”

According to Wahls, there are 10 basic steps you can start with to help heal your body and achieve optimal health:

The gluten-free grain that fights cancer

For A Happy Tummy And Healthy Body: Eat The Right Food Pairs

When food is the cure

Get In Shape Without Long Workouts 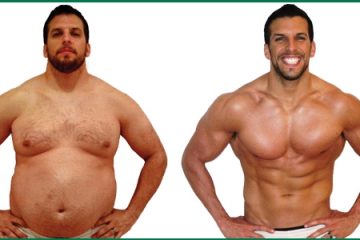