October 4, 2018 admin
Home»Men's Health»What your hair (or lack of it) reveals about cancer
Men's Health

What your hair (or lack of it) reveals about cancer

In ancient times, people thought baldness was caused by sex. Or maybe the heavy helmets worn by Roman soldiers. In the late 19th century men started boiling their combs when a French dermatologist decided a microbe was the culprit.

We laugh at those ideas because we now know that male pattern baldness (MPB) results from a sensitivity of hair follicles, which is inherited from a man’s mother. Baldness follows a “cumulative, lifelong exposure to testosterone in the skin,” says Dr. Charles Ryan, associate clinical professor at the department of medicine at the University of California, San Francisco.

Rather than the level of testosterone being a problem, it’s more likely the skin’s ability to process the hormone, especially a part called dihydrotestosterone (DHT). Because DHT is a factor in both balding and prostate cancer, ongoing research aims to discover if there’s a link.

Are baldness and cancer connected?

Male pattern baldness, where a man loses hair in the front and around the crown of the head, appears to increase the likelihood of developing an aggressive form of prostate cancer by 39 percent. But MPB doesn’t seem to increase the risk of developing less aggressive types of the disease, according to a study conducted on nearly 40,000 American men who were followed up between 2006 and 2008.

A recent study of African-American men found similar results — a higher risk of prostate cancer among men losing their hair, especially in the front. However, previous studies found no difference in risk related to pattern of baldness.

Because of conflicting and inconclusive results, there is still confusion regarding any link between baldness and prostate cancer. Further study may better define any connection.

Bald men have more exposed skin, so if they spend a lot of time outdoors, their bodies produce more vitamin D from increased sun exposure. Because low levels of vitamin D are associated with greater cancer risk, healthy time in the sun could be a mitigating factor.

A cancer-fighting diet can also fortify you with nutrients your hair will love should, and should include lean proteins, healthy fats, nuts, seeds, sprouted whole grains and legumes, lots of vegetables and some fruit, particularly berries.

It’s also a good idea to increase omega-3 fatty acids, which are excellent for skin and for the scalp. Sometimes hair loss can stem from an iron deficiency, which can be evaluated with a simple blood test. For iron, look to green leafy vegetables as well as black strap molasses. Zinc is also important — good food-based zinc sources are cashews, oysters, spinach, beans, mushrooms and flax seeds.

Is it a UTI or something else?

Best medicine for fibromyalgia pain is…

What your hair (or lack of it) reveals about cancer

3 drinks that energize without the jitters 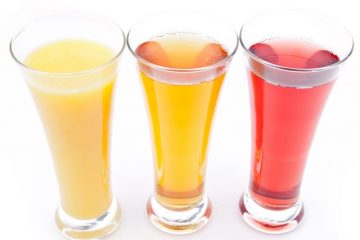