When someone with asthma has trouble breathing, there’s standard medical advice they are usually given to help restore proper breathing. And that advice is wrong, dead wrong.

Research at Southern Methodist University (SMU), Dallas, shows that although folks suffering an asthma attack are often told take deep breaths, those deep inhalations are the worst thing they can do for their asthma. Instead the researchers found that using biofeedback along with shallow breaths improves their long-term lung health.

The study also shows that this technique can help asthma sufferers reduce their use of emergency medicines like rescue inhalers.

People having an asthma attack usually resort to gulping air and struggling to take deep breaths to offset the scary feeling of being suffocated. Plus, they often breathe too deeply at other times even when their asthma isn’t frightening them. All of these actions make the problem worse, say the SMU researchers.

“This study goes to the heart of hyperventilation — which is deep, rapid breathing that causes a drop in CO2 gas in the blood. That makes a person feel dizzy and short of breath,” says researcher Thomas Ritz. “Patients in our study increased CO2 and reduced their symptoms. And over a six-month period we saw in the biofeedback group an actual improvement in the physiology of their lungs.”

Ironically, if you breathe deeply and increase oxygen in your blood, that rise in oxygen boosts your sensation of breathlessness.

“When people hyperventilate, there is something very strange happening,” says researcher Alicia E. Meuret. “In essence they are taking in too much air. But the sensation that they get is shortness of breath, choking, air hunger, as if they’re not getting enough air. It’s almost like a biological system error. “

The imbalance between carbon dioxide and oxygen is the reason that taking deep breaths is the opposite of what someone suffering an asthmatic attack should attempt to do.

“They don’t need any more oxygen,” Meuret says. “But consciously or not, people start to take deeper breaths — and that makes the symptoms worse.”

When the researchers tried out a month-long biofeedback program on 120 people with asthma who were trained to take shallower breaths, asthma symptoms were eased, there was better lung function, air ways were less sensitive and they enjoyed overall better breathing.

The program used in this study is difficult, initially, for people with asthma to undertake.

If a person with asthma already has low CO2 levels in his blood, learning to breathe in a shallow manner slowly to raise CO2 levels — even just a small amount — can set off intense air hunger.

“Only by reassuring themselves that the symptoms are caused by low CO2 and not low oxygen, they can keep on going,” Meuret says. “And that’s even more difficult for asthmatics than anxious patients who have a normal lung function.”

But in the long run, say the researchers, the shallow breathing program offers the best hope for relief. 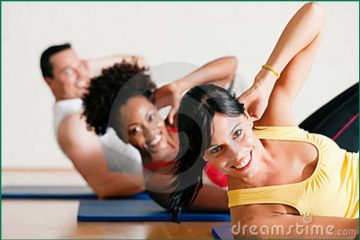