For men who have exhausted nonsurgical methods and natural therapies to manage an enlarged prostate, there are more than a dozen surgical options available.

Which of the following surgical options for an enlarged prostate may be the right one for you? That’s a decision you should make along with your physician. Here’s some information on the techniques so you can initiate a conversation with your doctor to help you make your selection.

Transurethral Resection of the Prostate (TURP). This invasive procedure is typically used for men who have a prostate that is larger than 30 grams and/or their symptoms are severe. TURP is done under general or spinal anesthesia and involves passing a thin wire loop through the urethra to the prostate, where the doctor slices away the excess prostate tissue. Post-surgery hospitalization is about two days.

The majority of men (70-85%) experience symptom relief, and the effects usually last for 15 years or longer. At least 25 percent of men experience retrograde ejaculation following TURP, while other common side effects include erectile dysfunction (3-35%), urinary tract infections (5-10%), and urinary incontinence (5-10%).

Transurethral Incision of the Prostate (TUIP). Men who have a slightly enlarged prostate (less than 30 g) may consider TUIP. Physicians perform this invasive procedure by passing a narrow instrument through the urethra to the junction of the prostate and bladder. The instrument delivers an electrical current or laser beam that cuts muscles in the bladder neck, which then allows urine to flow more freely.

Symptom relief is achieved in about 80 percent of men who have TUIP. Retrograde ejaculation can affect up to 55 percent of men following the procedure, while up to 25 percent experience erectile dysfunction. Ten percent of men need a repeat TUIP in about 15 years.

Photoselective Vaporization of the Prostate (PVP). You may better know this surgical procedure as Green Light laser. Surgeons guide a fiberoptic device through the urethra to the prostate and vaporize the excess tissue with a laser. At the same time, the device cauterizes the area, making the procedure virtually bloodless. Therefore, PVP can be a suitable option for men who take blood thinners.

Overnight hospitalization is usually not necessary. Typical side effects may include bloody urine, turning when urinating, retrograde ejaculation, and a frequent need to urinate. Symptom relief typically occurs within a day or two of the procedure.

Holmium Laser Ablation of the Prostate (HoLAP) and Holmium Laser Enucleation of the Prostate (HoLEP). The first procedure is similar to PVP except it uses a different type of laser. Side effects are minimum; although some men experience urinary incontinence, it is permanent in less than 1 percent of men 12 months after the procedure. Erectile dysfunction, bladder perforation, and sepsis are rare.

The HoLEP procedure takes HoLAP one step further. After the surgeon passes a flexible fiber through the urethra to the prostate gland, holmium laser is used to destroy the prostate tissue. Then anither instrument is used to grind up the tissue, which makes it easier to remove. All that’s left behind is the empty prostate capsule.

Most men experience retrograde ejaculation following HoLEP, as well as urinary incontinence, which resolves in all but 1 to 2 percent of men. Urethral stricture occurs in about 5 percent of men.

Transurethral Vaporization of the Prostate (TVP). Men whose prostate is 30 grams or less are best suited for this procedure. A minute electrified cylindrical loop or roller is passed through the urethra to the prostate, where it vaporizes excess prostate tissue. Simultaneously, blood vessels in the prostate are cauterized, which reduces bleeding. Post-procedure hospitalization can range from 1 to 3 days.

Common side effects of TVP can include retrograde ejaculation, erectile dysfunction, blood in the urine, and clotting. Because TVP has a low risk of bleeding, men who are taking blood thinners are good candidates.

Simple Prostatectomy. Only 2 to 3 percent of men with an enlarged prostate undergo a simple prostatectomy, which is removal of the prostate. This surgical option for treating BPH is usually reserved for men who have a severely enlarged prostate, bladder damage, or other significant health problems. The procedure can be done in one of three ways: open retropubic, open suprapubic, and laparoscopic. The latter approach requires the least recovery time and is the least painful.

Complications associated with a simple prostatectomy may include bleeding, accumulation of urine in the penis or scrotum, and encapsulated urine. Up to 90 percent of men experience retrograde ejaculation, but urinary incontinence is rare while erectile dysfunction occurs in 2 to 3 percent of men who have suprapubic prostatectomy.

Urolift System. This treatment approach is the only one developed thus far that involves implanting devices into the prostate rather than eliminating excess prostate tissue. Specifically, tiny implants are placed in the lobes of the prostate to prop open the urethra. The procedure can be performed in a doctor’s office under local anesthesia.

The Urolift System is for men who have a small to moderate size prostate. Research has shown that men who choose Urolift System don’t experience erectile dysfunction or retrograde ejaculation following the procedure and that less than 8 percent of men need additional treatment for BPH.

Transurethral Microwave Thermotherapy (TUMT). This office-based procedure utilizes heat to destroy excess prostate tissue in men with a prostate that is 20 grams or larger. Once the physician passes a tiny microwave generator through the urethra to the prostate, high-temperature microwaves eliminate the offending tissue.

Men typically can go home the same day as the procedure and experience relief from symptoms within a few days to weeks, although complete improvement can take up to 90 days. About one quarter of men complain of urinary tract symptoms following the procedure, while other side effects occur less often and can include urinary tract infections, narrowing of the bladder neck, and retrograde ejaculation. TUMT tends to be more effective than medication but less successful than TURP.

Transurethral Needle Ablation (TUNA). Men who have a prostate of 60 grams or less and who have urinary obstruction symptoms are the best candidates for TUNA, which your doctor can perform in the office. The procedure involves passing a special catheter through the urethra to the prostate, where radio waves are used to destroy extra prostate tissue.

Transurethral balloon dilation (TUBD). The unique feature of TUBD is that rather than cutting or destroying excess prostate tissue, it involves pushing it away from the urethra. This procedure has been mostly shelved because it’s associated with serious complications and its benefits have been unsatisfactory. However, some experts have revived and redesigned the procedure, which is now known as transurethral split of the prostate (TUSP). You might ask your doctor about the status of TUSP.

High-Intensity Focused Ultrasound (HIFU). This noninvasive treatment for an enlarged prostate uses ultrasound to heat and eliminate excess prostate tissue. Rather than reach the prostate via the urethra, however, HIFU involves using a probe that enters the rectum to deliver the treatment. Men typically can go home within a few hours of having the procedure.

One year after treatment, there was a 63 percent improvement in symptom scores in one study. Compared with TURP, “overall the results compare favorably,” according to researchers at Case Western Reserve University. Urinary retention, transient urinary incontinence, urinary tract infections, and erectile dysfunction occur in less than 10 percent of men.

Interstitial Laser Therapy (ILT). At one time, interstitial laser therapy was used more often, but high infection rates and irritating urinary tract symptoms, along with the introduction of newer methods, have made ILT less popular. However, it may still be an option for men with a large prostate who would rather choose a less invasive procedure may select ILT.

During the procedure, which can be done under local anesthesia, a cystoscope is passed through the urethra to the prostate, where laser burns away the tissue. Retrograde ejaculation and erectile dysfunction typically are not a problem with ILT.

Prostate Artery Embolization (PAE). This is a recent addition to the surgical options for an enlarged prostate. PAE can accommodate prostates up to and greater than 80 grams, so a wide range of men may be helped. In a recent (November 2016) meta-analysis and systematic review, the authors evaluated 12 studies involving 840 men. During the 24-month follow-up, there were significant improvements in peak urinary flow rate, quality of life scores, International Index of Erectile Function scores, and postvoid residual volume.

The risk of urinary incontinence, erectile dysfunction, and bleeding is less than that associated with other treatments for an enlarged prostate. However, PAE is still relatively new, requires special skills, and is not widely available, as the individuals most qualified to perform the procedure are interventional radiologists.

Focal Laser Ablation (FLA). Focal laser ablation is a new technique in which clinicians coagulate rather than vaporize the extra prostate tissue. The procedure involves guiding a laser fiber optic through the rectum to the prostate, at which time the surgeon treats the tissue, leaving behind scar tissue that the body absorbs.

As the body absorbs the scar tissue, symptoms of BPH improves over a period of weeks. Focal laser ablation is associated with minimal side effects and has not been shown to cause erectile dysfunction, urinary incontinence, retrograde ejaculation, urinary traction irritation, or infections.

Stents. One usually associates stents with the heart or legs, where they are placed to help keep arteries open to facilitate blood flow. When stents are used in men with an enlarged prostate, the coil-like or spring-like devices hold the urethra open so urine can flow more easily. Stents may be an appropriate option for high-risk patients (e.g., elderly men) or those who want to avoid other surgical procedures.

Stents for an enlarged prostate have a high complication rate, including infections, pain, urinary incontinence, breakage, pain, and stone formation, which can in turn block the urethra. Although they are effective in up to 90 percent of men, they are not a long-term solution.

How to conquer the two worst kinds of pain 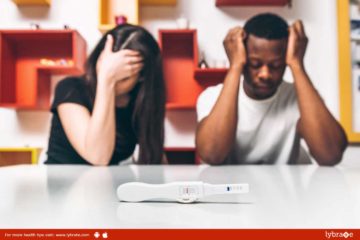