October 4, 2018 admin
Home»Health Conditions»Eye Health»What an eye exam may tell you about your colon
Eye Health

My grandmother was the most loving person I’ve encountered in life, and one of five beautiful southern sisters who grew up in Aberdeen, Mississippi. My grandmother left her small hometown to marry my grandfather–a dark-haired handsome Italian gentleman who whisked her away to a bigger city a state over. But she and her sisters were never really far from each other, visited often and remained close throughout the years.

I recently lost my grandmother at the age of 88 to colon cancer. I was very angry when she was diagnosed about a year before we lost her. To live such a long healthy life only to be forced to battle such a formidable enemy in her golden years seemed like a cruel trick of fate. But rather than a trick, fate may have been more like it.

Before my family suffered the devastating loss of our beloved matriarch, my grandmother lost her baby sister and another sister’s daughter to the same dreaded disease a few years earlier. Another of my grandmother’s nieces was diagnosed early and has, thankfully, been cancer free for several years.

Needless to say my family members and I grew concerned about a genetic predisposition to the disease. I, for one, have become cautious about what I eat and avoid red meat. Once my sons are out of the house I plan to commit to a vegetarian diet, like my daughter, because I side with the research that shows vegetarians tend to be on lowest rung of the cancer-risk ladder.

I’ve also decided to give up social drinking, except for the occasional glass of red wine. But most importantly, after helping care for my grandmother during her illness and being at her side for her last breath, no one will have to twist my arm about getting my first colonoscopy during this, my 50th year.

However, I was surprised when my mother’s ophthalmologist suggested she get a colonoscopy—and soon. My mother is 70, and she is due, having had her last colonoscopy when she turned 60. But to receive the directive from the man that had performed her cataract surgery threw the both of us aback.

During a recent check up, mom’s doctor spotted a freckle in her retina. After viewing through devices in his office including x-ray, he told her that these particular freckles that appear on the back of the eye are highly associated with a specific syndrome of colon polyps.  According to cancer.org colon cancer almost always starts with a polyp.

Although the likelihood of cancer may be low, he thought it would be a good idea for her to get checked out. Of course she had never discussed her family history of colon cancer with her eye doctor.

Congenital Retinal Pigment Epithelial Hypertrophy (CHRPE) is the medical term for these freckles, sometimes referred to as “bear tracks.” A 2010 study [1] published in the American Journal of Gastroenterology concluded that patients with such freckles should be referred for colonoscopies after an earlier study found that CHRPE has a statistically significant correlation with hereditary colon polyps known as familial adenomatous polyposis, or FAP.

In most cases colon cancer can be prevented. If a polyp is found early, doctors can remove it and stop the cancer before it starts. The first thing I did after talking with my mom and making sure she scheduled a colonoscopy, was to schedule mine. Then I let other close family members know that our suspicions of a hereditary aspect to this cancer thing may be warranted.

Whether you have sight problems or not you might want to have a yearly eye exam. You don’t have to wait until you’re 50, like you do with colonoscopies, and you don’t have anything to lose. In fact, aboutcataractsurgery.com suggests that the reasons to have yearly eye exams includes not only detecting cataracts, glaucoma, age-related macular degeneration and other eye diseases, but regular eye examinations may very well serve as a reminder to be screened via colonoscopy to help detect early risks and potential indicators of colon cancer. 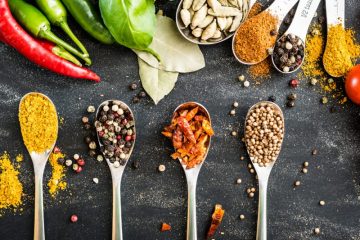