Watch out for these lesser-known high BP dangers

Having high blood pressure is a risky business. It has a devastating effect on your heart, causing heart attacks, heart disease, congestive heart failure and atherosclerosis. But did you know it’s equally as devastating to your brain and your kidneys?

When you have high blood pressure, it weakens and narrows the blood vessels in your brain and prevents proper blood flow. That’s why it’s linked to dementia. In some cases, it may even cause blood vessels to rupture or leak, which is why it’s also linked to an increased stroke risk.

In fact, a recent statement published by the American Heart Association in its journal Hypertension suggested that the link between high blood pressure and brain disease is more serious than we all thought…

The American Heart Association reviewed several studies and confirmed that, yes indeed, high blood pressure is connected to several brain diseases, including stroke, vascular cognitive impairment (changes in brain function caused by a lack of blood flow) and Alzheimer’s disease. And the risk of eventual brain disease is especially high if you have high blood pressure when you’re middle aged.

Now, eventual brain damage should be enough motivation for you to get your BP down. But if it’s not, you should also know that high blood pressure can take a serious toll on your kidneys too.

In fact, high blood pressure is one of the most common causes of kidney failure. That’s because it can lead to kidney scarring that damages your kidneys so bad, they’re eventually unable to filter your body’s wastes, resulting in kidney disease. High blood pressure can also lead to a life-threatening kidney aneurysm, which can rupture and cause you to bleed out.

No wonder high blood pressure is called the silent killer. It can permanently damage not one, not two, but three of your vital organs.

The good news is, you can prevent these serious brain and kidney complications by lowering your blood pressure… and the sooner you do it, the better. Here are a few simple but effective tricks you can try to get your BP to behave:

Editor’s note: Hypertension is a Silent Killer. But you can discover natural, effective ways to stop this disease in its tracks and avoid heart attack, heart disease and stroke in Dr. Mark Wiley’s eBook, Natural Ways to Reverse and Prevent Hypertension. Plus, learn the 7 SIGNS indicating you could be at increased risk!

Total hip replacement for young arthritis patients? Not so fast…

Avoid the drink that deposits toxins in your eyes

Watch out for these lesser-known high BP dangers

One kind of cinnamon endangers your health 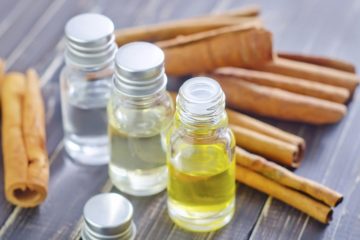