Giving up gluten not only can’t hurt you, it can vastly improve your health. So why do so many so-called “experts” insist that giving up gluten can be dangerous?

Once again, magazines and the Internet seem to be ablaze with warnings about the dangers of eating a gluten-free diet. They insist that by giving up foods made with wheat, rye and barley (the grains that contain gluten), you may be depriving yourself of important nutrients and putting yourself at risk of nutrient deficiencies.

Consider an article that appears in Consumer Reports. This piece offers to supply the “realities behind the labels.” The first of its six “warnings” points out that “gluten-free isn’t more nutritious (and may be less so).” That warning is followed by information about gluten-free baked goods that are supposed to mimic wheat containing items like most cookies, cakes and breads.

Yes, it is true that gluten-free baked goods may be high in sugar, may have refined grains (albeit, grains that don’t include gluten) and are not fortified with B vitamins the way wheat products are. But what the article doesn’t tell you – sweet, processed treats like donuts or cake are not healthy for you no matter what diet you are on. And if you go on a gluten-free menu, you shouldn’t be eating gluten-free baked goods.

What gets omitted: If you are concerned about your health, you should be eating more fruits and vegetables and ditching these types of sweetened grain foods, gluten-free or not.

And then the article goes on to warn that “you’ll probably increase your exposure to arsenic” if you start to eat gluten-free. The reason? Many gluten-free processed foods are made with rice, which is a gluten-free grain.

So, yes, if you insist on gorging on cookies, pasta, cereal and crackers that are made from rice, you may encounter unwanted amounts of arsenic, a problematic mineral which is often contained in rice.

And that statement points out the basic fallacy in the magazine’s warnings against eating gluten-free. The article conflates food manufacturer’s products with food.

I’m sorry, but to me food, real food, the kind of food that you should be eating during almost all of your meals and snacks, includes fruits, vegetables, meat, fish, poultry, dark chocolate and nuts. These should be organic whenever possible. I don’t count bread, crackers, cookies, donuts, chips, protein bars or sweetened drinks as food. Not as real food, anyway. They may be occasional treats. But they should not be consumed very often.

And you should avoid both of those categories as much as possible.

To its credit, toward the end of its article about going gluten-free, Consumer Reports does add that you should “Stick with naturally gluten-free whole foods: fruit, vegetables, lean meat and poultry, fish, most dairy, legumes, some grains, and nuts.” But that doesn’t entirely make up for the rest of its misleading warnings.

In reality, I believe that the healthiest diet is a paleo diet which excludes all grains, not just gluten-containing grains. And I’d be curious to see what warnings Consumer Reports might offer against that type of diet.

The most important elements of the paleo diet 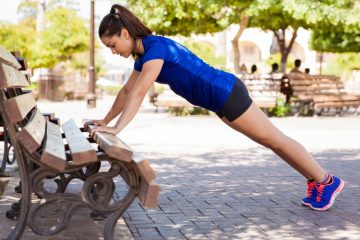