I hardly ever eat out. It’s usually too problematic trying to get food I’m sure is gluten-free and that I can safely eat. And then there’s Domino’s new gluten-free pizza. The problem is it’s not really gluten-free. For me and other folks with gluten issues, the Domino’s product seems like either a scam or an incompetent attempt at dealing with gluten.

Domino’s admits it can’t guarantee the gluten-free pizza you purchase is really gluten-free. So if you’re trying to avoid gluten, you’re better off buying food from other restaurants that make a much more rigorous effort at keeping gluten out of your food.

For many people who suffer autoimmune responses to gluten (proteins found in foods made from wheat, barley and rye), even the slightest amount of gluten may cause a serious reaction. In some cases, experts estimate, an amount equivalent to about half a dozen bread crumbs can sicken someone with celiac (the autoimmune reaction that destroys the digestive tract).

Not all people who react to gluten are that sensitive. But some are. That’s why cross-contamination at restaurants can be a big deal. Even though the food you order may be inherently gluten-free, if it comes into contact with cooking surfaces, utensils or plates that have bread crumbs on them or have been contaminated with another source of gluten, your food can pick up traces of gluten.

When Domino’s announced that it was going to be selling a gluten-free pizza, many people with celiac and gluten sensitivity looked forward to being able to eat this new product. (As for me, I wouldn’t eat it in any case. Domino’s pizza in any form is not exactly health food.)

The Domino’s situation, however, is murky. Yes, the new pizza crust is gluten-free. But the pizza is prepared in the same kitchen as the conventional pizza, subject to contamination from the wheat used in the other products. The gluten-free crust is covered with toppings that are also vulnerable to cross contamination.

The implication is that Domino’s gluten-free pizza may be low in gluten, but you can’t really say it is gluten-free. Consequently, some people believe, if you are mildly sensitive to gluten, perhaps you can tolerate this type of pizza better than you would a product made with wheat.

“We still are in the infancy of understanding gluten sensitivity so to make claims such as they can tolerate a little bit of gluten is totally unfounded,” says Dr. Stefano Guandalini, medical director of the University of Chicago Celiac Disease Center and president of the North American Society for the Study of Celiac Disease.

“The reality is, we do not really know what gluten sensitivity is, and until we find out, it’s better to be safe than sorry,” Guandilini told The Wall Street Journal.

If you strongly feel the need to consume a pizza-chain pizza, a better choice for a gluten-free pizza is the one sold by Chuck E. Cheese. That pizza is manufactured in a gluten-free facility and shipped to restaurants in a sealed bag that eliminates the chance of cross-contamination. The bag isn’t opened until the customer receives the pizza and opens the package.

According to Elizabeth Barbone, author of How to Cook Gluten-Free, other restaurant chains that make a better effort at insuring their gluten-free food really is gluten-free include P.F. Chang’s, Pizza Uno and Carrabba’s.  As she told timesunion.com: “They really train their staff how to handle gluten-free and allergy requests. They go out of their way to prevent cross-contact in the kitchen. In addition to handling the food safely in the kitchen, P.F. Chang’s, for example, serves gluten-free meals on different plates to help you differentiate your gluten-free meal from a gluten-containing meal. When your meal is placed in front of you, it’s easy to tell that it’s a gluten-free dish.”

Still, Barbone warns: “I never show up at a restaurant — even restaurants that do a great job with gluten-free and allergen-free meals — on a busy night. I go when it’s slow.”

She also talks to wait staff and restaurant managers to make sure they know about her gluten issues and allergies. She inquires about how her food is handled. She says that her conversation with staff tells her whether the restaurant knows how to handle gluten-free and allergen-safe food.

When it comes to gluten-free dining out, you’re at the mercy of the restaurant where you order your meal. For example, I recently attended a college reunion where I was assured that certain dishes being served to the alumni were gluten-free. The assurances, I discovered, were not well-founded.

That’s why, for me, eating gluten-free is pretty much a D-I-Y experience. The American food supply, as a whole, has been smothered with gluten. Folks with gluten issues are merely trying to find a little breathing room.

5 Exercises To Deal With A Tennis Elbow 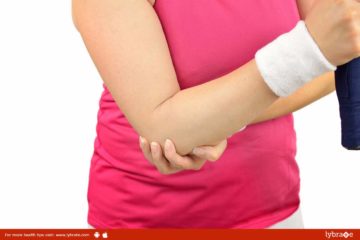