October 4, 2018 admin
Home»Fitness»Walking»Walk Or Run Away From A Cold
Walking

If you don’t want to get sick with a cold, start walking. Or run. Research shows you can decrease your chances of a cold by being physically fit.

According to research published by the British Journal of Sports Medicine, people who are physically fit and active have fewer and milder colds. The researchers tracked the respiratory health of 1,000 adults up to the age of 85 for 12 weeks during the autumn and winter of 2008. In this study, scientists found that folks who said they were physically active on five or more days of the week and felt fit had only half the number of sick days with a cold as t

The researchers note that exercise boosts the performance of the immune system, increasing the number of immune cells circulating in the body that can catch and destroy cold viruses. That’s important in the U.S. where the number of colds we’re catching seems to be on the rise. Gallup reports that last year we suffered 20 percent more colds than we did the year before.

hose suffered by people who hardly ever exercised.

Yoga Benefits Those With Chronic Lower Back Pain

The Exercise That Burns More Fat Than Jogging

Breakfast: Why It Is The Most Important Meal Of The Day? 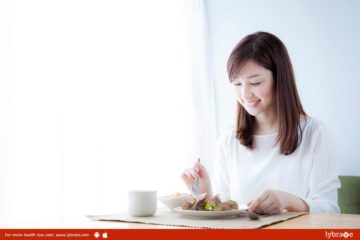