Millions of people suffer severe vision problems as they age. But two easy adjustments in your daily life can make it less likely that your eyes will fail you.

A study at the University of Wisconsin School of Medicine and Public Health shows that staying physically active and occasional modest drinking shrinks your risk of visual impairment.

Experts estimate that by 2020, more than 4 million Americans will experience serious eye problems. That represents a 70 percent increase from the year 2000.

“While age is usually one of the most strongly associated factors for many eye diseases that cause visual impairment, it is a factor we cannot change,” says researcher Ronald Klein. “Lifestyle behaviors like smoking, drinking and physical activity, however, can be altered. So, it’s promising, in terms of possible prevention, that these behaviors are associated with developing visual impairment over the long term.”

Chemical Peel – The Many Benefits Of It! 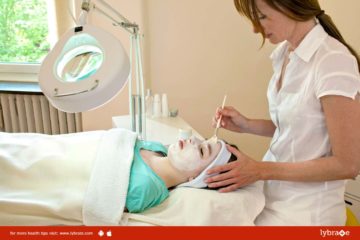