Losing weight is by no means an easy task. And it can be discouraging, especially if you come from a family where extra pounds seem to be part of the genetic makeup. If that’s your case, I have some encouraging news for you…

Weight loss is achievable. In fact, the same lifestyle changes that allow non-genotyped overweight people lose weight are equally as helpful for those with a gene market for weight, according to the results of a new meta-analysis.

According to the meta-analysis published in the British Medical Journal, when it comes to weight loss there are “no poor candidates for lifestyle intervention.” That means that any person who is overweight can, with some changes to their lifestyle, lose weight.

A research group led by John Mathers, PhD, of Newcastle University (UK), set out to assess the effect of the FTO (fat mass and obesity associated) genotype on weight loss after dietary, physical activity, or drug-based interventions in randomized controlled trials. They conducted a systematic review and random effects meta-analysis of individual participant data from eligible trials archived in Ovid Medline, Scopus, Embase, and Cochrane up through 2015.

9,563 participants were included in the eight eligible weight-loss trials for review. The researchers found that the overall changes in BMI (body mass index), body weight, and waist circumference in response to weight loss intervention were not significantly different between FTO genotypes and un-affected participants. The average difference in body mass index (BMI) between those participants deemed “high risk” and those deemed “low risk” was, at the end of the trials, a mere 0.02. Furthermore, the intervention type (diet, exercise, drugs or a combination) had the same result whether the participant had the FTO genotype or not, and regardless of ethnicity, gender and baseline BMI.

The results led researchers to observe that carrying the FTO genotype was not associated with a different body change response to weight loss treatment in comparison to those without the gene. As such, lifestyle changes specifically in diet and exercise are equally as effective for all people wanting or needing to lose weight.

The role of epigenetics

This is an interesting study because it shows again that being predisposed to something because of inherited genes does not mean one must be a victim to those genes. In other words, just because obesity or cancer or diabetes runs in the family does not mean you “must” also get those diseases “just because” you are genetically marked for them.

I’ve previously written about the role of epigenetics. Essentially, genes dictate how you inherit specific traits from your parents and grandparents, like your features or risk for being overweight, far-sighted, etc. Your genes are made up of DNA that provides the hereditary material of which you are made.

The science of epigenetics has discovered the on/off switches that are on top of the genetic code that leads to modification in genetic expression. Because of this field we now know that while genes remain unchanged, their expression is changeable via external modifications to DNA, which affect how cells read genes and then turn those genes “on” or “off.”

In other words, just because you have inherited the FTO (“fat gene”) does not mean it is always “on”. You turn this gene on or off with your lifestyle choices.

That is why “nature” (genetic inheritance) is less important that “nurture” (lifestyle, upbringing) in weight management. If you grew up in a family that was sedentary and ate a lot of carbs or sugars you most likely will do the same and be heavier for it.

If you are marked with the FTO genotype, you can easily turn it on by eating too much, drinking too much, consuming too many sweets or carbohydrates and not exercising enough. Yet, you can turn it off simply by embracing a healthy diet and exercise program.

Lifestyle choices are the strongest determination of weight, it seems. And modifying lifestyle can positively change your weight.

The meta-analysis proves the results of such a lifestyle program… and understanding epigenetics explains it. As the researchers noted: “We found that the FTO genotype had no detectable effect on weight loss in overweight and obese adults in response to intervention.”

The road block for many, then, is their perception of the ability to lose weight and also their emotions in relation to food. I recently wrote on the food trap that keeps you dieting and failing, and how to break the chains of emotional eating.  These posts address the link between overeating or eating for the wrong reasons and weight gain, and offer some solid techniques for getting a handle on your relationship with food.

Calories At Night Make You Fatter

Break the chains of emotional eating

How To Prevent Blood Clots During Pregnancy? 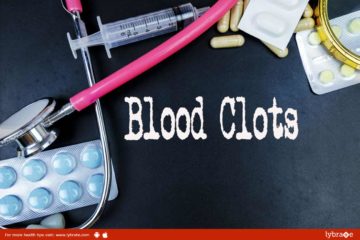