Medical research has uncovered a danger to your health that can increase blood pressure, boost the chance of a heart attack or stroke, cause tumors, result in insomnia, impair work performance, raise your stress level and lead to hearing loss. The menace: The volume control on your iPod or MP3 player as well as the traffic outside your window. Our noisy world is threatening our well-being in frightening ways.

What You Don’t Hear Can Hurt You

Seems like every time researchers take a look at the health effects of noise, they discover another alarming consequence. For example, when scientists from the Imperial College London examined how the sounds of airplanes overhead affected people sleeping in houses near London’s Heathrow airport, they found that any noise louder than 35 decibels caused a measureable increase in blood pressure. And 35 decibels isn’t that loud; the average conversation is at 60 decibels. The researchers found that the level of 35 decibels could result not only from a plane overhead but also from a bed partner snoring or automobile traffic outside. Plus, this hypertensive threat occurred even if the noise did not wake the sleeper.

Another study, published in Environmental Health Perspectives, demonstrated that people who live for at least five years near an international airport, under a flight path, have a greater risk of developing high blood pressure than people who live in more peaceful surroundings.

But airport noise may only be a minor player in today’s epidemic of noise exposure. Researchers at the University of Michigan found that nine of 10 city dwellers may experience enough noise exposure to risk hearing loss. And much of the exposure is self-inflicted because people listen to their iPods, MP3 players and stereos at ear-busting volumes.

“That two out of three people get the majority of noise exposure from music is pretty striking,” says Rick Neitzel, one of the researchers. “I’ve always viewed the workplace as a primary risk for noise exposure. But (our findings) suggest that just focusing our efforts on the workplace isn’t enough…”

Stroke is another risk associated with noise. A study that appeared in the European Heart Journal showed that for those over the age of 65, every increase of 10 decibels in daily traffic noise raises the stroke risk by a shocking 27 percent.

“Our study shows that exposure to road traffic noise seems to increase the risk of stroke,” says Dr. Mette Sorensen, senior researcher at the Danish Cancer Society in Copenhagen, Denmark. “Previous studies have linked traffic noise with raised blood pressure and heart attacks, and our study adds to the accumulating evidence that traffic noise may cause a range of cardiovascular diseases.”

Tumors In The Ear

Years of loud music can also increase your risk of developing tumors in your ears that cause hearing loss. While these tumors are not cancerous, research at the School of Public Health at Ohio State University shows that these growths, called acoustic neuromas, press on the cranial nerve that is responsible for sensing sound. They also impinge on nerves that help with balance. The tumors can cause tinnitus (unceasing ringing in the ears) along with hearing loss.

The scientists found that the two types of loud noise that posed the greatest risk of acoustic neuroma development were exposure to machines, power tools and construction equipment and exposure to loud music. People employed in the music industry were 2.25 times more likely to develop these tumors.

Other health problems linked to noise include:

The simplest way to protect yourself from noise is to turn the volume down on your portable music player and on your stereo. In addition, wearing ear plugs in noisy places like the subway or in heavy traffic can also help.

Scientists have also discovered that taking supplements of beta carotene, vitamin C and vitamin E, as well as magnesium may also help save your hearing. Lab tests at the University of Florida found that giving these supplements to animals before exposing them to loud noises prevented both temporary and permanent hearing loss.

“Ear protection, such as ear plugs, is always the best practice for the prevention of noise-induced hearing loss, but in those populations who don’t or can’t wear hearing protection… these supplements could provide an opportunity for additional protection,” notes researcher Dr. Colleen Le Prell.

If you don’t want to be a victim of noise, preventive precautions against a loud world are your best bet. Antioxidant supplements and keeping your music at a manageable level can not only preserve hearing, it may be just as important for the health of your heart and the rest of your body.

Watch for the habit that ruins your eyes 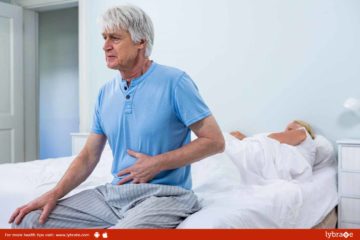