Micro organisms play a vital role in human body. Those having association with health benefits of an individual is known as Probiotics. Among the microorganisms, the most common varieties would be bifid bacteria and Lactic acid bacteria. A part of fermented food which an individual consumes with active live cultures would also be a part of Probiotics.

A well known Russian Scientist, named Eli Metchnikoff has first observed the role of Probiotics. He got a positive effect of such micro organism in human body. He also did research and found out the possibility of modifying gut flora and  replaced it with harmful microbes.

The reaction caused by Probiotics in small intestine would be similar to that of pharmaceutical components without any side effect. Molecular changes of Probiotics bacteria takes place in cell surface which would in turn make a regular function of small intestine.

Some dysfunction of bowel movement in women can be improved by the supplement of Probiotics. Probiotics plays a vital role in influencing immune system to get them assimilated.

Enzymes produced by Probiotics would increase the volume of nutrients in human body such as Vitamin K, calcium, Vitamin B etc.People would have reduced blood pressure and cholesterol levels after consumption of Probiotics in their diet.

The bacterial influence of Probiotics would also reduce the skin problems as well as Allergies in an individual.There can be various unhealthy bacteria in human intestine. Probiotics helps in removal of various harmful bacteria from the intestinal tract.

Parasites and virus attack in our body can be restricted by Probiotics. Thus, individuals having inflammation can get benefits out of the same. Female urinary tract can be attacked by a peculiar yeast infection. Probiotics helps in treating infection in urinary track of a woman.

Individuals visiting the market can have an idea of products which would include the benefits of Probiotics. Even in grocery shops, the shopkeepers are providing the products that are rich in such microorganisms. Even the children are asked to provide the items such as yoghurt, which acts as a wonderful supplement of Probiotics.

Since our body is filled up of different types of positive and negative microorganisms, we must take care of ourselves whenever there is an attack of negative microorganisms in our body. The best way would be to take some food rich in Probiotics. This would help us to make a restriction for all the micro organisms that damage proper functioning of human health.

If we are in the process of taking anti biotic regularly, this can also kill good microorganisms in our body. There is an alternative therapy to get rid of such serious problem. The two schools of thought would be complementary and alternative medicines. Researchers have taken a good pain to make further research of the analysis of the positive and negative microorganisms. The popular food sources of Probiotics which an individual can easily get are pickles, yogurt, and sour cream.

Change Of Diet To Cure Lupus

Important Points To Consider When Going For A Balanced Diet

Best Ways To Cook With Chives 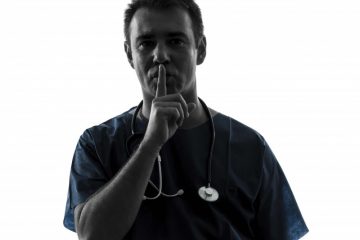