By now you know that sugar and sweeteners of all types, except natural honey and natural Peruvian stevia, are highly toxic chemicals.

The sugar deception is a great undisclosed health addiction that has wrecked the health of millions of people.

Almost every label in the grocery stores shows some kind of sugar or sweetener contents. No warnings are ever given about the highly toxic nature of synthetic sweeteners. Some are more toxic than others, but all can cause multiple diseases from convulsions to diabetes. All accumulate as acid poisons in the human body.

All artificial or synthetic sweeteners should display a skull and crossbones emblem on their packaging.

There is a mountain of research on the extreme danger of synthetic sugars, and I believe that there is no way to have good health while consuming sugar at the same time. No amount of terrorism could come close to the danger of sugar consumption in the United States.

There is a natural solution, though. Stevia is a natural herb sweetener that is up to 300 times sweeter than sugar. South Americans have used this totally non-caloric sweet herb for more than 1,500 years. It is widely used all over the world. But until recently, it could not be sold as a sweetener in the United States because of lobbyists for the artificial sweetener cartel and the Food and Drug Administration. Until recently, it could be purchased only as a dietary supplement. But, thankfully, that’s changed now that the FDA has approved Stevia-based sweeteners.

In his excellent newsletter, Prescriptions for Healthy Living, James Balch, M.D., wrote: “In addition to its natural, powerfully sweet taste, (you only use a very mild, light dusting) research shows that stevia actually regulates blood sugar and reduces high blood pressure. It’s an extremely effective aid in weight loss and weight management because it contains no calories. It also reduces your desire for alcohol and tobacco use.”

Stevia has no glycemic index, which means that it does not affect insulin in any negative way. This is good news to a Nation of diabetics. It’s a miracle as a food supplement for everybody.

A very small amount goes a long way — in fact, you use far less than other so-called sugar substitutes — and it has a neutral taste.

Research in Japan has found stevia to be perfectly safe to use in any food recipe, chewing gum or mouthwash. Use it on cereals and in herbal teas, coffee and anything else that you desire.

It can also help with:

Research has demonstrated that stevia liquid concentrate inhibits the growth and reproduction of harmful bacteria and other infectious organisms, including those that are a problem for the food and cosmetic industries. Stevia also inhibits the growth of gum disease bacteria and tooth decay, and in many countries it is used in oral hygiene products.

Less known but no less remarkable is the ability of water-based stevia concentrates to help heal numerous skin problems, including acne, seborrhea (discharge of sebaceous matter on the head causing dry scales or dandruff), dermatitis and eczema.

It also has been observed that placing it on cuts and wounds brings more rapid healing without scarring. It may cause a severe stinging for several seconds, but is followed by a significant lowering of pain. Physicians have reported using stevia concentrate to heal psoriasis and burns, while others have reported that it is extremely helpful in healing various lip sores.

Daniel Mourrey, Ph.D., a scientist and director of The American Phytotherapy Research Laboratory said: “Few substances as stevia have ever yielded completely non-toxic tests whether used internally or externally. There has never been any known abnormalities in weight change, cell or membrane characteristics, enzyme or chromosome characteristics, no cancer, no birth defects, no acute and no chronic negative effects.”

As a sweetener, only a very light dust of stevia concentrate is needed, making stevia far less expensive than all other sweeteners. Switching to stevia concentrate for all your sweet needs can be an extremely important step in restoring your health and in reversing the aging process.

IVF – 9 Things You Must Not Ignore! 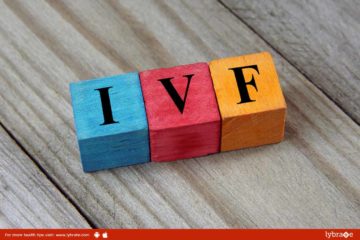