The unexpected perk of healthy habits

Doing what’s good for you takes practice… and self-control. And no one ever said it’s easy (no one we believed anyway).

Giving up addictive junk foods and prying yourself off the comfortable couch for a power walk is hard. But gaining self-control will get easier if you stick to it. And not for the reason you’d expect…

You know the longer you do something, the more accustomed you get to doing it, the easier it gets. But there’s a more exciting reason healthy living gets easier with time…

When you make healthy choices, it changes the way your brain functions and gives you an advantage in the areas of self-control, setting and meeting goals, resisting temptation and problem solving.

That’s because healthy living — and more specifically exercise — boosts your brain’s executive function, a group of mental skills carried out by your frontal lobe. These skills may be among your brain’s most important because they help you accomplish tasks both big and small. Your executive function is responsible for skills like resisting impulsive actions, planning, organizing, self-evaluation, starting a task and seeing it through to the end, adapting to the unexpected and remembering key information.

And although they didn’t analyze it in this study, researchers believe eating healthy creates a virtuous cycle with executive function too. That means the healthier you eat, the easier it becomes to control impulsive eating because your self-control gets stronger and stronger.

But this cycle isn’t always virtuous. It works in the opposite direction too…

That means if you don’t exercise and eat healthy, your executive function gets worse, which then makes it harder for you to find the self-control to exercise and eat well. This, of course, is known as a vicious cycle.

But you know how to transform this cycle from vicious to virtuous: Just power through a few difficult days or weeks knowing you’ll eventually be rewarded with a brain that’s better equipped to resist temptation, meet your goals and see things through to the end.

So next time you’re struggling with the self-control to eat well and exercise, just remind yourself what’s at stake. A few exercise sessions could set you on the path to not only a healthier body but a better life.

Editor’s note: Getting healthy has been made out to be harder than it should be. But as you’ve just read, it’s important and the perks go on and on. To weed through the gibberish, check out Dr. Cutler’s commonsense guide, The Part-Time Health Nut–How to attain your best health ever without extreme diets, dangerous pills or brutal workouts. Get it today, plus 4 free reports!

The mineral that winds up your body clock — and your energy

Break the chains of emotional eating

The unexpected perk of healthy habits

Urinary Disorders – Role of Homeopathy In Treating It! 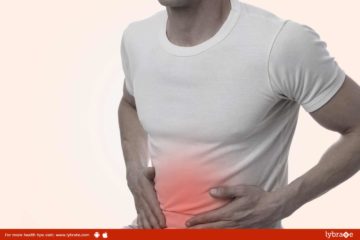