A large number of people who follow a gluten-free diet because of health issues can’t seem to find complete relief despite their efforts to banish gluten from their meals. When researchers examine this problem, they find that many of these gluten-free dieters are making three key mistakes that may contribute to their illness and discomforts.

Trying to eat a gluten-free diet can be stressful. Gluten is not a single substance, but a group of proteins derived from wheat, rye and barley. Because wheat is so cheap for food manufacturers to obtain and it is so useful as an additive in many processed foods, wheat is present in many — if not most — of the items sold in supermarkets. Consequently, trying to keep gluten out of the foods you eat requires constant vigilance.

Wheat or wheat flour may be added to soups as thickeners and to salad dressings as fillers. Even breakfast cereals that seem to be made from oats often have wheat added to them.

Unfortunately, while many foods that are gluten-free trumpet their lack of gluten on their packaging, foods that contain gluten rarely make this fact plainly evident. As a result, if you’re on a gluten-free diet, you have to be a careful reader of food labels and you have to know what to avoid. But even then, you may not be safe.

According to researchers in the United Kingdom, the three biggest problems for people trying to stick to a gluten-free diet are:

The fact is, if you are very strict about eating a gluten-free diet and want to avoid the health problems your body has with gluten, you have to make most of your meals yourself. That is the only consistent way to be sure that your meals are clear of gluten.

For those who are trying to be gluten-free, eating out can be risky unless you eat at a restaurant that is seriously committed to cooking gluten-free dishes. In most restaurants, even if you order something that should be inherently gluten-free (like a steak), you run the risk that the item you order may be cross-contaminated during its preparation. If that steak is put on a grill that previously was used to heat a bun, your food may pick up bread crumbs that you will consume. There is also a chance the steak has been seasoned with flavorings that contain gluten or has been marinated in a sauce that had gluten in it.

Every time you eat out, you must explain clearly to the restaurant staff that you need to eat gluten-free and outline explicitly what that means. Even then, you never know when someone in the establishment’s kitchen will make a mistake.

When it comes to packaged, processed foods, there’s not much you can do to know if these foods have been cross-contaminated with gluten. Unless foods are prepared in manufacturing facilities dedicated to being gluten-free, there will almost always be some gluten in a processed food. That is a good reason to prepare most of your own food yourself, from scratch.

Despite all these difficulties, eating gluten-free can make a tremendous difference in your health if you have an autoimmune response to gluten. For me, since I possess a body that is heavily inflamed by gluten, avoiding gluten is a matter of life and death.

For more advice on how to eat gluten-free, you can find introductory directions here and here. 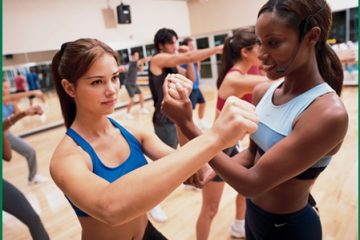