The paleo diet incorporates foods that are designed to keep your body healthier and slimmer.  And if you apply the same kind of paleo criteria to a consistent exercise program, research shows that you can achieve stellar results.

The human body, many paleo advocates believe, is uniquely suited to performing short bursts of intensive exercise. Research backs them up. Despite the popularity of prolonged aerobic exercises, like marathon running, studies have shown that working out in intervals – brief surges of exhausting sprints alternated with rest periods –  are supremely helpful for developing fitness.

A study at Bowling Green State University in Ohio shows that high intensity interval training (HIIT) is the best way to derive super fitness benefits from exercise in the smallest amount of time.

The Ohio scientists had eight women and eight men ages 19 to 30 perform self-paced, intense interval training that incorporated varying periods of recovery time. All of subjects in the study had at least a moderate fitness level and took part in at least one session of interval training per week.

The men and women exercised on the treadmill for a half-dozen four-minute intervals that were maintained at the highest intensity they felt they could sustain. Recovery between intervals consisted of one minute, two minutes or four minutes of rest.

The researchers measured everyone’s level of oxygen consumption and heart rate while each person was exercising.

“I think what our data show is that there appear to be meaningful differences in how men and women self-regulate their workouts,” says researcher Matt Laurent. “Specifically, in our case, men and women tend to work at the same level of perceived exertion and feel similarly recovered between each interval, however, as they perform the interval runs women tended to work ‘harder’ from a relative cardiovascular… standpoint than men.”

The study supports the idea that using a 2 to 1 ratio of time spent doing intensive exercise to rest periods is the best way to perform interval training. During the workouts, exercisers used their own feelings of fatigue to determine how hard they pushed themselves.

“I really think one of the ‘take home’ points from our study was, despite the gender differences that we found, individuals performing high-intensity interval training should listen to and trust their body and pay attention to how they are feeling,” said Laurent.

“Without having any feedback about their data, all the participants had to use to set their pace was how they felt during the run and how recovered they felt. In that sense when runners perform high-intensity intervals, trust that if you push yourself to run what you consider hard, you are probably at the correct intensity, and if you maintain recommended work-to-rest ratios you most likely will recover appropriately to get the most out of your workout, independent of gender,” Laurent said.

Even if your exercise mainly consists of walking around the block, another study shows you can still use the basic principles of interval exercise to improve your fitness results.

Research at the University of Copenhagen, Denmark indicates that by switching back and forth between walking intensely and then using a slower pace to rest, you can manage your blood sugar better than when you walk at a relatively slower constant speed.

The Danish study focused on people who already had type 2 diabetes. Until recently, doctors didn’t think folks with diabetes should perform high-intensity exercise. They thought it was too risky and might result in injury. But the research now shows that interval walking improves blood sugar for diabetics more substantially than slow, low-intensity walking.

In the latest study, the people who varied their pace with interval walking enjoyed steadier blood sugar control, a benefit the researchers believe is linked to improvement in insulin sensitivity and more uptake of blood sugar by the body’s cells. The interval walkers also had improved insulin signaling in the cells of their muscles.

According to these scientists: “The most important finding of this study is that IWT (interval walking training), but not CWT (continuous walking training), increased insulin sensitivity without a compensatory decrease in insulin secretion, thus improving the overall impact of insulin on blood sugar in these patients.”

It’s possible that eons ago, humans evolved a body designed for hunting and gathering. They’d spend hours stalking animals for food before sprinting in for the kill. By engaging in interval training, you can reproduce this kind of exercise.

Exercise like a caveman and you may be able to develop the musculature of your ancestors instead of devolving into a flabby desk warrior.

How Even The Most Unhealthy Person Can Get Fit

The 7 must-have exercise essentials (hint: they’re not what you think) 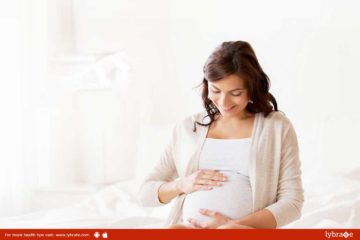