Stretching has been a staple of wellness, physical therapy and sports for centuries. Over that time, it has developed into a study and specialty all its own. There are programs for ballistic stretching, partner stretching, proprioceptive neuromuscular facilitation (PNF) stretching and more. Since our time in elementary school gym class, we have been told, taught and run through stretches. But now, an analysis of stretching seems to show that it hurts athletic performance and is deleterious to the body.

It always amazes me when I hear an expert on the radio telling us about “groundbreaking news” that has actually been known for decades. It is even more frustrating when the piece of information shared is narrow in scope, yet is being related as if it is all-encompassing.

But this is nothing new.

In the mid-1980s, I recall that tae kwon do master Hwang Jang Lee wrote a story in Black Belt magazine stating that it was harmful to stretch before kicking class. At that time, I was a teenager studying tae kwon do, and I felt like I could never stretch sufficiently to get flexible enough to do those kicks.

I was curious about his statement, so I stopped stretching for a bit and warmed up by slowly raising my knees and legs before class. While I did not get more flexible, I did get stronger in my legs and did not have as many sore muscles and pains after class. The information seemed to die there, as hundreds of new stretching books and methods for sports performance hit the shops. Two decades later, I read a study that made no waves.

With two recent studies reported together in The New York Times, that research seems to be complete and compelling.

When The Times published a summary on this topic, the reporters pulled information from two large studies. They reported that static stretching was bad for sports performance, including everything from weight lifting to running. Not only does pre-exercise or pre-performance stretching not prevent injury, in fact, it reduces strength, balance and speed of athletic performance.

This news is based on studies from The Journal of Strength and Conditioning Research and The Scandinavian Journal of Medicine and Science in Sports. Taken together, they consider more than 100 independent studies on the subject and build the case for avoiding stretching. In its place, the researchers note, is to warm up using dynamic movements relevant to the sporting activity at hand. Dynamic movements like skipping, leg raises, jumping jacks and so on help warm the body, increase blood flow and adjust range of motion while not weakening muscle fibers.

Why This Is Good And Bad

While I am happy to see such large studies come out and get a fair amount of press on a topic that is understood and has been studied, but not highly publicized, over decades, I am not happy with how the message is being spread. Since the early April publication of The Times story, it has been picked up, summarized and discussed on television and radio. But the sweeping statements being made again stretching are troubling.

The studies used in The Times piece refer only refer to “static stretching” and “athletic performance.” That is, bending and holding a stretch for 30 seconds as a warm-up and loosening-up prior to physical activity. Let me state clearly what it is not saying: It is not saying that stretching is bad for you.

If stretching were bad for you, everyone doing yoga and engaging in physical therapy would be weak, slow and injured. They are not. Quite the contrary. Stretching is very important to relieve muscle contraction, hypertonicity and spasms. Stretching is important for relaxation and enhancing an overall feeling of well-being. And these have nothing to do with sport.

So let us be clear:

When all is said and done, stretching can improve one’s sense of well-being and reduce pain. This is important and one needs to keep in mind that stretching for well-being is not the same as stretching for sport, and so the studies do not apply.

Yoga Benefits Those With Chronic Lower Back Pain

Get strong and flexible with yoga’s “Upward Dog, Downward Dog”

The “hot” (and fast!) way to incredible health and happiness 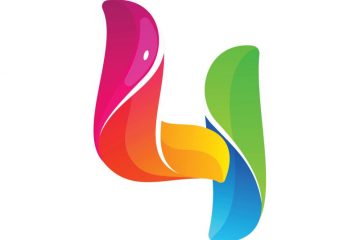