People who exercise consistently also generally enjoy better sleep. But the relationship between working out and sleeping in is not a one-night stand. So if you haven’t exercised recently don’t expect one workout to instantly improve your slumber.

“If you have insomnia you won’t exercise yourself into sleep right away,” says researcher Kelly Glazer Baron, of Northwestern University Feinberg School of Medicine. “It’s a long-term relationship. You have to keep at it and not get discouraged.”

The researchers believe that the brain functions that lead to poor sleep can be alleviated with exercise but the improvements can’t be accomplished right away.

“Patients with insomnia have a heightened level of brain activity and it takes time to re-establish a more normal level that can facilitate sleep,” says researcher Phyllis Zee. “Rather than medications, which can induce sleep quickly, exercise may be a healthier way to improve sleep because it could address the underlying problem.”

How Even The Most Unhealthy Person Can Get Fit

Too Little Sleep Weakens Your Bones

Calories At Night Make You Fatter

Give Insomnia The Slip And Slip Into Slumber

Insomnia – 6 Ways to Treat It! 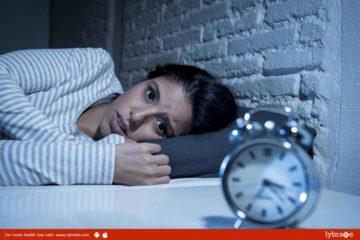