The natural way to reduce the risk of asthma

Asthma is an epidemic among American children and the rates keep going up every year. Researchers in Germany now suggest a very simple way to shrink a newborn’s chances of suffering asthma and prevent these types of breathing difficulties.

Their study shows that when newborn babies sleep on animal fur for the first three month’s of their lives, it may reduce asthma risk at a later point in childhood. The researchers believe that the bacteria and other microbes on the fur can help a baby’s immune system function better and be less prone to allergies and asthma.

Other research has indicated that very young children kids who live in houses with more bacteria or who live on farms may be protected against asthma.

The 10-year study in Germany looked at the health of more than 3,000 children born in 1998. About half of these children slept on animal fur or skin during their first three months.

The data showed that sleeping on animal skin reduced the chances of having asthma by age of 6 by 79 percent.

Researcher Christina Tischer, who is at the Helmholtz Zentrum München Research Center, says: “Previous studies have suggested that microbes found in rural settings can protect from asthma. An animal skin might also be a reservoir for various kinds of microbes, following similar mechanisms as has been observed in rural environments. Our findings have confirmed that it is crucial to study further the actual microbial environment within the animal fur to confirm these associations.”

Natural Ways To Calm Restless Legs That Keep You Awake

Are toxic relationships making you sick?

The natural way to reduce the risk of asthma

How to Increase Fertility After 40 in Women 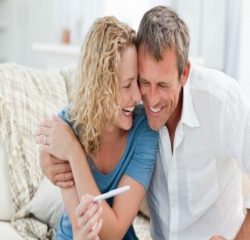