Decades of high blood pressure. A disturbing, burning sensation in my tongue when I ate.  Almost continual cold sores on my lips. Gaping holes in my memory. When I suffered all these, I didn’t know they all stemmed from the same cause: a reaction to gluten.

If you’ve ever read an article about the large collection of symptoms that can be caused by reactions to gluten (the indigestible proteins originating in wheat, barley and rye), your eyes may have glazed over. The list is extensive. Unfortunately, an all-inclusive documentation of all the potential symptoms resulting from gluten is probably just about meaningless to someone who hasn’t had an up-close-and-personal experience with these types of serious difficulties. The list is just too long to make sense to the uninitiated.

In my own case, I suffered for decades with seemingly unrelated problems that I never imagined were all connected to every piece of toast I ate. I never understood (and neither did any of my doctors) that the inflamed state of my immune system and the consequent life-threatening conditions that plagued my health stemmed from my diet.

Consider the fact that right before I went into the hospital for one particular procedure about 10 years ago, I asked the surgeon whether the rash on my chest would interfere with my surgery. He told me it wouldn’t matter. But what neither of us realized was that the rash, which had lingered on my chest for my entire adult life, was a sign of the root cause of all my medical complications.

Dermatologists had given me creams for that rash. None had thought to ponder what long-term immune-system disorder might have caused it and led to its long-term persistence.

Possible symptoms linked to gluten include:

According to the National Institutes of Health, these conditions can also be linked to celiac (the autoimmune response to gluten):

The reason for the wide variety of symptoms linked to gluten is the fact that gluten turns the body against itself. Thanks to the influence of gluten, the immune system begins to attack the body’s own structures and causes widespread inflammation. How, where and when the immune system attacks depends on the individual. My immune system primarily went after my cardiovascular system and nerves.

Other important points to remember about gluten and reactions to it:

I went on a gluten-free diet about six years ago. My body and brain are still recovering from the damage that celiac caused. One of my many benefits, though, has been the improvement in my blood pressure. After a lifetime of high blood pressure (it started in high school) and just about every blood pressure medication available, I found my own way to banish hypertension: Give up gluten. Consequently, I’m one of the few people I know whose blood pressure has dropped with age. 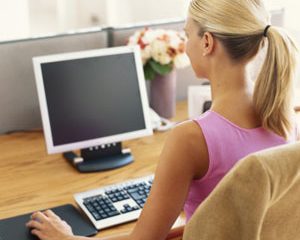