The food you eat is supposed to support your body’s health with nutrients and disease-fighting natural chemicals. But what if anytime you ate a particular food, your body saw it as a virus or bacterium, launching your immune system into a full-fledged assault against, well — you?

This is exactly what happens when some people eat foods containing gluten — one of the most problematic foods for people who have celiac disease (an autoimmune response to gluten) and for folks who are gluten sensitive. The impact on your body can be just as bad, or even worse, than if you’d actually had an infection.

In people with celiac, according to research in Norway, when T-cells, immune cells central to the function of the entire immune system, are alerted to the presence of gluten, they respond as though the body has been infiltrated by a pathogen.

“The disease develops because the immune system reacts to gluten, which is an alien substance,” says researcher Ludvig M. Sollid  “At the same time, the immune system launches a reaction against the body itself by creating antibodies to transglutaminase (one of the body’s enzymes).”

The difficulties start when the gluten from wheat, rye or barley causes the lining of your digestive tract to become inflamed. That brings on a reaction by immune cells that are supposed to defend the body against disease, but, in this case, begin attacking the body’s own structures.

That leads, in turn, to destruction of the intestinal mucosal layers and can also cause nerve damage and other internal harm.

The symptoms can be varied and vague and often lead to misdiagnosis. Many people who are eventually diagnosed with celiac spend anywhere between 6 to 10 years going from doctor to doctor. All the while they suffer and their health deteriorates. That’s why many people who suffer gut ailments could likely be suffering from celiac or, at the very least, be gluten sensitive.

According to Professor Sollid, the researchers determined there were two kinds of human leucocyte antigens (HLAs) that actually predispose a person for celiac disease. HLAs find fragments of protein and present them to the T-cells. When they present gluten, the T-cells attack.

Interestingly, celiac is the only autoimmune disease that has had its cause (gluten) precisely identified. The origins and factors leading to other autoimmune disorders like arthritis and multiple sclerosis still remain murky.

Still, I’m convinced that as researchers look more closely at how the body reacts to particular foods, they will find that these other autoimmune diseases are as closely tied to diet as celiac is. For me, merely going gluten-free improved the performance of my nervous system and helped my brain slowly find its way to better function. But it wasn’t until I went on the paleo diet and gave up all grains, dairy foods and soy that my arthritis eased back.

So it’s a good bet that it was another food, not gluten that was causing my arthritic joints to ache.

If you have a nagging chronic health issue that stymies your doctor, experimenting with your diet is a good place to start in order to find a possible answer. As is often said, giving up a few foods in order to feel better is worth the sacrifice. Better health more than makes up for the taste of the foods you may have to eliminate. 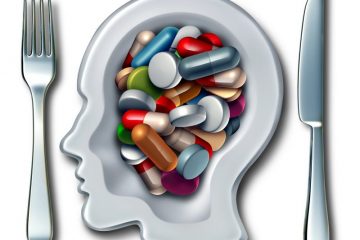