Suppose I told you about a food ingredient that nobody could absorb, made millions sick, was associated with schizophrenia and other mental disorders, caused infertility in thousands and increased the chances of death by 400 percent in the truly sensitive. You’d probably say: Get it out of the food supply, quick! Instead, we’ve taken that anti-nutrient, called gluten, and put it into almost all of the processed foods sitting on supermarket shelves.

If you’re trying to be gluten-free in a gluten-filled world, you realize how much of this worthless substance Americans consume each day. Bread, pizza, crackers, cookies, candy, soups and pasta are all rich in gluten, a group of indigestible proteins primarily found in wheat, barley and rye.

But aside from the foods that are intentionally made from gluten-containing ingredients, gluten contaminates virtually every processed food made in the world. Even when researchers analyze foods that seem to have no ingredient that should contain gluten, they find small amounts of it present.

Researchers estimate that 3 million people in the U.S. have celiac disease, the autoimmune reaction to gluten that leads to destruction of the digestive tract. Another 20 million people are believed to be gluten-sensitive, suffering all kinds of gluten-related maladies even though they don’t seem to experience intestinal damage. About 95 percent of gluten’s victims don’t know that their discomforts are linked to gluten. They can be experiencing mysterious headaches, stomachaches, memory loss, muscle coordination difficulties, vitiligo (lightened patches of skin without pigment), irritable bowel syndrome and a host of other problems all because of eating foods that contain gluten. And most never suspect the true source of their suffering.

If you’re trying to eat gluten-free, carefully perusing food package labels and cooking with gluten-free ingredients, you can still be unknowingly consuming significant amounts of gluten.

Some of the most commonly overlooked sources of gluten may include: 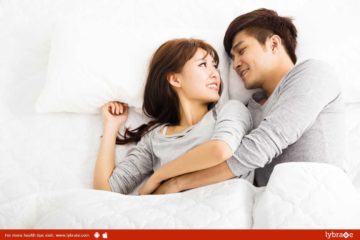