The exercise that pumps seniors up

I’m here to pump you up about exercise… Or at least remind you of some important reasons that most adults exercise.

As we get older, our goals change in terms of what we hope to gain from exercise. In your younger days it may have seemed important to boost muscle growth for larger, defined muscles… kind of like those guys who made the ‘pump you up’ phrase famous.

But after 40, when you begin to lose muscle mass, it’s more important to exercise your muscles just to keep from losing them.

So, it might excite you to know there’s one exercise you can do that can still help one of your largest and most important muscles grow…

The researchers examined 120 older adults who did not have dementia. They were divided into two groups: one group engaged in three 40-minute walks per week and the other group was restricted to stretching and toning exercises.

The participants had magnetic resonance images taken of their brains before the intervention, after six months and when the one-year trial concluded. They were also given spatial memory tests at all three intervals.

The adults who engaged in aerobic activity showed a 2.12 percent increase in the left hippocampus region and a 1.97 percent enlargement in the right section. Those in the non-aerobic group did not see such benefits; they actually decreased the size of both regions of the hippocampus by about 1.4 percent.

The study’s authors said the results may have hopeful implications for those concerned about memory loss as they age.

“We think of the atrophy of the hippocampus in later life as almost inevitable. But we’ve shown that even moderate exercise for one year can increase the size of that structure. The brain at that stage remains modifiable,” said Kirk Erickson, professor of psychology at the University of Pittsburgh and the paper’s lead author.

There is no more story.

The exercise that pumps seniors up

The best exercise to slow down aging 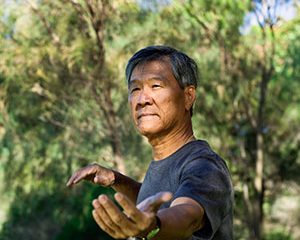