The essential nutrient you never hear about

Breathing is essential to life, but we rarely think about it. Because it’s usually automatic, we don’t have to focus on breathing like we do eating or exercising.

For all the time and effort we spend on our diets, it’s interesting that we spend so little on breath. Perhaps it’s time to pay better attention though, especially since lung diseases are now responsible for up to one in eight deaths worldwide. Air pollution, both indoor and outdoor, is the primary cause of respiratory and numerous other health problems, which are manifesting themselves in greater numbers.

The good news: We can strengthen our lungs and respiratory defenses with diet, lifestyle and supplements as well as specific breathing practices. These healthy adjuncts can help protect against environmental assaults, strengthen immunity, boost vital energy and benefit numerous  areas of health.

For example, one study shows that polyphenols — powerful health-promoting phytonutrients found in many fruits, vegetables, herbs and botanicals — from apples may help protect against the lung damage caused by smoking or pollution. This is just one more reason that an apple a day may be one of the most basic strategies for good health.

The importance of deep breathing

Though Western philosophy does not devote much energy to considering the breath, our friends in the East have a different take. Chinese, Tibetan and other oriental systems have long recognized the relationship between breath and body. The process of breathing — and especially conscious, meditative breathing — allows us to receive nourishment, as oxygen, and release our physical, mental and emotional burdens.

When we inhale, we take in energy and connect our bodies to the universe. That energy is vital for our well-being. Oxygen energizes and nourishes our cells and defends against pathogens.

When we don’t inhale deeply enough, we decrease the amount of oxygen to our cells, reducing their ability to produce energy. Respiration also balances our body’s pH, reducing the acidity that can impair immunity and other functions. The other side of the process, exhaling, removes carbon dioxide and toxins.

In other words, breathing plays critical roles in our most important functions for health: nourishment, protection and detoxification.

Over the past century, our breathing volume has decreased. This is partially due to modern life, which seats us at computers rather than putting us outdoors in nature. Physical demands are less; plus, we’re often hunched over, restricting lung capacity.

Normally, we breathe in about half a liter (two cups) of air. But our real lung capacity is much larger. For a real deep breath, we can take in about three liters. We have gotten into the habit of taking shallow breaths — and stress makes it much worse. How do we break out of it?

The answer is mindfulness. If you are aware of your body, you naturally take deeper breaths. Time honored, mind-body healing practices like meditation, yoga and tai chi rely on harnessing the breath for greater health and wellness. These practices bolster the immune system on the genetic level, improve cardiovascular health and grow connections between neurons, decreasing anxiety and depression.

One of the key elements to deep breathing is engaging the diaphragm, the muscle between the chest and the abdomen designed for this purpose. All too often, we mistakenly breathe with our abdomens. By working to engage our diaphragm, we improve the ability to take in more air.

Also, you shouldn’t exhale quickly. Give the body time to exchange oxygen for carbon dioxide. Then exhale.

How we take in air is also important. Inhaling through the nostrils warms and moisturizes the air and filters out bacteria, viruses, dust and other foreign objects. The nose pre-processes air for the lungs. That can reduce allergies and other respiratory ailments. Switching from mouth to nasal breathing can also help people suffering from sleep apnea.

One investment you should make for your respiratory health is in high-quality air purifiers for the home and work environments. Often, indoor air is more polluted than outdoor air and is filled with dust, toxins, mold and fungi. Look for an air filter that’s HEPA-rated for more effectiveness against particulates.

You can also keep your body moving to increase lung capacity and improve breathing.

A number of herbs and supplements can also increase oxygenation and support better breathing and respiratory health.

These nutrients and foods can help your lungs cope with a polluted world:

The first step toward developing a sound breathing regimen is changing our attitudes toward the breath. If we think of oxygen as a key nutrient, the way we think of vitamin C or protein, we will naturally want to inhale as much as possible. Given the benefits to immunity, brain health, cardiovascular function, sugar metabolism and cellular energy, it just makes sense to breathe deeply.

Tired During The Day? Your Vitamin D Status May Be To Blame

Are words holding you back?

The essential nutrient you never hear about 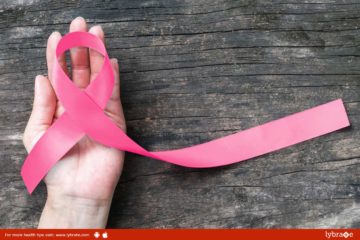