For many years, olive oil has been the oil du jour among health-conscious consumers. Even as coconut oil has ascended to the height of its popularity, it still has not been able to match olive oil’s perfect combination of savory deliciousness and health-promoting benefits.

Olive oil has reigned supreme for good reason. It is filled with oleic acid, a monounsaturated fatty acid which has long been thought to reduce inflammation, lower your cholesterol and control blood sugar.

A recent study, however, has challenged olive oil’s reign as the king of heathy fats. And the heir to the throne is a worthy, but unexpected challenger: grapeseed oil.

The study, which was conducted by Ohio State University, found that adults with higher levels of linoleic acid had less visceral fat around their vital organs (a risk factor for heart disease) and lower levels of insulin resistance (a precursor for diabetes).

To make things even more interesting, it turns out, after all these years of worshipping at the altar of olive oil, the food industry has met the demand by making vegetable oils that are higher in, you guessed it, oleic acid.

To meet consumer and food industry demand, farmers have been genetically-modifying the plants used to make vegetable oils to increase their concentration of oleic acid. This has led to most of us getting a lot less linoleic acid in our diets. Popular oils like safflower, sunflower and soybean oil, for example, now contain significantly less linoleic acid than they once did.

Grapeseed oil, however, still derives 80 percent of its fatty acids from linoleic acid. Grapeseed oil is also an excellent source of cancer-fighting flavonoid polyphenols, immune-boosting vitamin E and antioxidant-rich oligomeric proanthocyanidins… plenty of reasons to reconsider which oil reigns supreme in your kitchen!

Editor’s note: Dr. Michael Cutler’s guide, Surviving Cancer, is a compendium of natural cancer-fighting resources to help you AVOID cancer at all costs–including alternative therapies, foods, nutrients and supplements you should know about. Click here to get it today!

The diabetes remedy that satisfies your sweet tooth 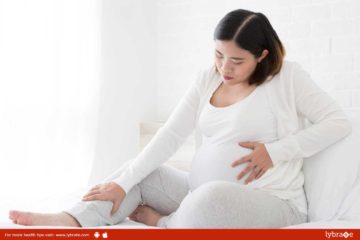