As you grow older, your body starts to change and parts of it start to malfunction. But researchers in France have pinpointed a way you can slow these changes and stay younger.

According to a study of older men by researchers in Rennes, France, cardio exercise like running or biking benefits the body no matter what age you start exercising. The research, performed on men aged 55 to 70 found that even when individuals started their exercise programs late in life, they still enjoyed significant health benefits.

Echocardiograms of the hearts of men who exercised showed that they functioned better than the hearts of non-exercisers. The scientists believe that by exercising you encourage your heart to remodel itself into a healthier, stronger version of its former self.

“Thus,” says researcher David Matelot, “despite biological changes with age, the heart still seems — even at the age of 40 — amenable to modification by endurance training. Starting at the age of 40 does not seem to impair the cardiac benefits. However, endurance training is also beneficial for bone density, for muscle mass, for oxidative stress. And these benefits are known to be greater if training was started early in life.”

And even if you don’t want to perform a strenuous activity like running, simply working more physical activity into your daily routine can help your heart.

“But it’s never too late to change your way of life and get more physically active,” says Matelot. “This will always be beneficial for the heart and well-being. And there’s no need for a high level of training for many hours a week. Using the stairs rather than the elevator, or gardening regularly, can also be beneficial.”

The 7 must-have exercise essentials (hint: they’re not what you think)

5 Unani Herbs That Can Boost Immunity! 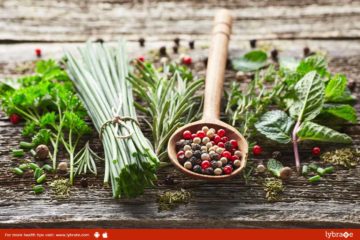