If you’re a novice runner ready to shop for footwear, researchers at Aarhus University in the Netherlands have some advice concerning your optimal choice. And their research may surprise you.

According to their study, if you are in good health and about to run for the first time, you can be perfectly satisfied with a pair of ordinary, neutral running shoes without special support. Even if your feet over-pronate (roll in) when you run, your shoes do not need to compensate for this motion.

The scientists studied 927 healthy novice runners with different pronation types for a year. All of the runners were given the identical model of neutral running shoe, whether they had neutral foot pronation or not. During the study period, 252 runners suffered an injury, and the runners collectively ran more than 100,000 miles.

“We have now compared runners with neutral foot pronation with the runners who pronate to varying degrees, and our findings suggest that over-pronating runners do not have a higher risk of injury than anyone else,” says researcher Rasmus Nielsen.

“This is a controversial finding as it has been assumed for many years that it is injurious to run in shoes without the necessary support if you over/underpronate,” says Nielsen. He stresses that the study has not looked at what happens when you run in a pair of non-neutral shoes, and what runners should consider with respect to pronation and choice of shoe once they have already suffered a running injury.

The Exercise That Helps Heart Health

How to power-up your body’s energy grid

Get Rid Of Shoulder Pain Right Away!! 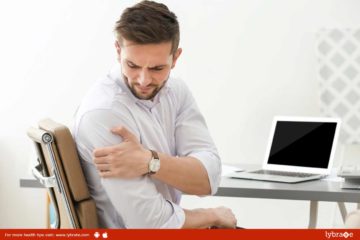