When you’re on the lookout for the early stages of Alzheimer’s, there are a lot of signs you need to keep your eyes peeled for. Of course, the most obvious signs are changes in your mood and memory.

But there are also Alzheimer’s warning signs that are more unusual and unexpected… like falling a lot, losing your ability to detect sarcasm, picking up risky habits… or even losing your sense of smell.

In fact, a lot of people don’t know this, but your sense of smell is often the first sense to go when you’re in a downward spiral of cognitive decline… which means a simple smell test could be one of the most effective ways to predict your Alzheimer’s risk.

Those who failed this Alzheimer’s test were much more likely to develop full-blown Alzheimer’s within four years of the study. But none of the people who did well on the test developed Alzheimer’s in those four years… not a single one of them. Researchers did MRI scans too, but they found that the smell test more accurately predicted Alzheimer’s risk down the road.

If you’ve been following Alzheimer’s studies in recent years, you probably don’t find these results shocking. There has, after all, been mounting evidence that early cognitive decline affects your sense of smell….

A few years ago, researchers at the University of Florida found that people in the early stages of Alzheimer’s couldn’t smell a spoonful of peanut butter held a short distance away from their nose. People without any cognitive impairments, of course, could. And, interestingly enough, so could people with other forms of dementia.

Another fascinating finding from this study was that people with early Alzheimer’s could smell better with their left nostril than their right nostril. And researchers said that this symptom is completely unique to early Alzheimer’s.

There was also a Mayo Clinic study a few years back that showed that seniors who performed poorly on a smell test were 2.2 times as likely to develop symptoms of mild cognitive impairment within three and a half years.

So if you’ve noticed your sense of smell isn’t quite up to par and you think cognitive decline could be the culprit, you may want to invest in the University of Pennsylvania Smell Identification Test (UPSIT). It’s available for purchase online. But you can also try this Alzheimer’s test at home with a jar of peanut butter. Just hold a spoonful of peanut butter about five inches away from your face. If you can smell it, you should be in the clear cognitively.

But whether you can smell the peanut butter or not, the most important thing is to take steps now to hold onto your brain health — and there are several proven ways to do that, including: 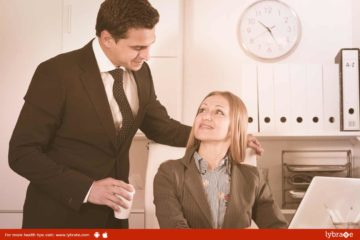