The destructiveness of arthritis is a gradual autoimmune process. As it slowly inflames joints, it cuts back on your ability to move, causing pain and stiffness. In the beginning throes of the condition, it may seem like a mild annoyance. But once it becomes chronic and well-established its inflammation grows into a major lifestyle issue because it hurts so much.

If you suffer from arthritis, you’re far from alone. I’ve had arthritis in my hands to varying degrees for about 20 years. Experts estimate that about one percent of all Americans have some form of arthritis. It’s a condition that is especially destructive for women. Women with arthritis outnumber men three to one.

Even though the pain of arthritis might threaten to keep you from moving around much, that’s the last thing you should let happen. Because the key to decreasing your pain and keeping your mobility is to keep moving — a lot and rather intensely.

Research at the K. G. Jebsen Center for Exercise in Medicine–Cardiac Exercise Research Group at the Norwegian University of Science and Technology shows that intensive exercise is extremely effective at keeping the inflammation of arthritis in check.

“… it is especially important for arthritis patients to keep fit and work on their cardiovascular endurance,” says researcher Anja Bye.

In her study, Bye took women with rheumatoid arthritis and put them through an intensive 10 week program on exercise bikes.

Twice a week, during each cycling session, the women did a warm-up for ten minutes and then performed four intervals, four minutes each, pedaling so that their pulse rates were at about 90 percent of their maximum rate. They took three-minute breaks between intervals, pedaling at 70 percent of their maximum heart rate. Each session lasted a little more than half an hour.

None of the participants in the study had a problem with the program.

“Rather, we saw a tendency for there to be less inflammation,” says Bye, “at least as measured by the inflammation marker CRP (a chemical in the blood that increases with inflammation), and the participants of the study experienced a solid increase maximum oxygen intake, meaning that they reduced their risk of cardiovascular disease.”

If you don’t have an exercise bike, don’t get discouraged. All you need to do is four sets of an exercise that raises your pulse for four minutes at a time, followed by a couple of minutes in between each set of slower-paced activity — just twice a week.

You could consider jogging in place, your favorite aerobic routine, or even dancing about the house, setting a kitchen timer for your four minute intervals. If you’re going to exercise to quell painful inflammation you may as well have some fun, right?

For me, a combination of exercise and going on the paleo diet has helped control the arthritis in my hands. While all of my fingers used to hurt so much that I had significant problems playing the guitar and violin, the pain has now mostly retreated into just the middle finger on my right hand, which only gives me trouble every now and then. You can learn more about how the paleo diet helps decrease inflammation and pain here. Good luck!

How hypochondria can really make you sick

The real reason your joints hurt

Don’t have this operation

The food that erases arthritis

Acne: Ayurvedic Treatment To Get Rid Of It! 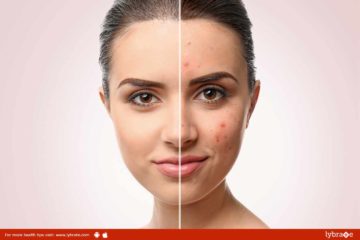