October 4, 2018 admin
Home»Healthy Foods»Sweeteners»Sweeteners: The Good, The Bad, And The Ugly
Sweeteners

You may think it sounds a little extreme, but I truly believe that white sugar is just about as habit forming as narcotic drugs. I know it’s definitely as bad for you. This substance which we learn to crave from the time we are young children has absolutely no nutritive value and helps us develop very poor eating habits that can cause a lifetime of health problems.

So what are you actually getting when you consume white sugar?

Commercial or white sugar is made from sugar-cane, beets, corn, etc. During the refining and manufacturing of white sugar the enzymes and vitamins, organic acids, protein, nitrogen elements, and fats are extracted or destroyed. Worse, what gets added during the process are hydrochloric, phosphoric and sulphuric acids, lime, and other foreign substances. Doesn’t sound quite so yummy, does it?

What’s more, white table sugar, known as sucrose, has been well established by peer-reviewed literature in the traditional medical community to have many adverse effects on health including the following:

I hope you’ll give this some thought the next time you think about adding two heaping teaspoonfuls to your tea or coffee.  But white sugar is not all you need to avoid…

Have you seen the commercials portraying high fructose corn syrup (HFCS) as a totally safe and harmless sweetener? In the ads, one mother questions another mother about using juice containing HFCS. Then the other mother challenges the first mother on what she really knows about HFCS, reminding her that it comes from corn and has no ill effects on health. The music is sweet and they both are feeling good by the end. Too bad it’s a complete deception.

HFCS took off in the 1980s as a cheaper alternative to sugar, one that extended the shelf life of foods. High in calories and low in nutritional value, HFCS is found in soda, candy, ice cream, energy drinks, salad dressings, ketchup, breakfast cereals, and many other processed foods. HFCS has become so prevalent that there’s no question it contributes to chronic illness just like any other refined sugar. According to the Mayo Clinic, women who drink even one regular soda with HFCS are 85% more likely to develop Type II diabetes than those who don’t drink soda.

Research by the U.S. Department of Agriculture (USDA) shows that HFCS shortens the life span of laboratory mice from the normal two years to a frighteningly short five weeks. Finally, it’s been proven that HFCS can completely decay a tooth, cause addiction, and trigger body wide inflammation. Avoid HFCS whenever possible.

Honey contains about 100 calories per teaspoon and exceeds meat, eggs, milk, grains, and vegetables as a health food. Honey and other simple or natural sugars, like that in dates, figs, raisins, etc., are live physiological sugars which contain the germs of life.

The clinical benefits of honey are mounting.  I discovered the Waikato Honey Research Unit which reports that honey is now accepted as a standard of care as a topical antibacterial agent for treating wounds, burns, and skin ulcers. Their observations are that inflammation, swelling, and pain are quickly reduced; unpleasant odors disappear; necrotic (dying) tissue gets pulled off (called debridement) naturally so that dressings can be removed painlessly and safely; and rapid healing occurs with minimal scarring. In many cases honey was superior to infected lesions that were not responding to standard antibiotic and antiseptic therapy.

Stevia is the sweetest, the easiest to use, and the least expensive of the natural sweeteners. Stevia is native to and grown primarily in China and Paraguay, but more stevia is consumed in Japan than in any other country. And we know how healthy the Japanese are, don’t we?

Stevia’s popularity in the U.S. has been hindered by the government. Until recently, the Dietary Supplement Health and Education Act of 1994, kept stevia from being sold here as a sugar substitute. But that has changed, and the FDA had made allowances. In a recent issue of Phytochemistry, it was shown that stevia is not only safe as a sweetener, but it’s also well suited for weight loss.

Stevia is also proven to lower blood pressure. In Clinical Therapy, researchers reported on a two-year study in Chinese patients with mild hypertension. The study showed that stevia significantly decreased both systolic and diastolic blood pressure, compared with a placebo.

Finally, stevia is shown to slightly improve blood sugar control for diabetes patients. In a study published in Regulatory Toxicology and Pharmacology, stevia worked well for both Type I and Type II diabetes. Plus, scientists found no adverse side effects.

Agave plants produce a natural substance that tastes like a combination of honey and maple syrup. Agave is low glycemic, goes well in every raw food dessert, and contains iron, calcium, potassium, and magnesium.

Agave is made by pressing juice from the core of the agave plant and then heating it. The healthiest agave is one that is unprocessed and unfiltered, so that it retains valuable nutrients, minerals, and enzymes. That means the darker the agave, the better.

The dark agave has a lower glycemic index, even when compared to other agave products. The amber agave is higher in fructose, but it’s still valuable for diabetics or anyone with blood sugar problems.

Available commercially in white powder form, xylitol looks and tastes just like sugar. However, it’s not a sugar molecule, but an alcohol molecule. Xylitol is naturally found in some fruits, some vegetables, and various trees such as birch. Although it’s not a whole food, it’s still a very healthy sugar source and actually has anti-microbial properties.

This wood sugar is similar to xylitol, but doesn’t dissolve as easily in liquids, and therefore is rarely sold as a single ingredient. Erythritol is found in fruits such as pears, melons, and grapes. It’s also found in mushrooms, wine, soy sauce, and cheese.

Truvia™ is manufactured by Cargill, a food company headquartered in Minneapolis, MN. Truvia™ is really a processed version of stevia, with erythritol added for sweetness. Cargill steeps the stevia leaves to “further purify” them. So although Truvia™ is similar to stevia, it doesn’t have the same clinical studies to prove its healthful value.

Sucanat (which stands for Sugar Cane Natural) comes from raw sugar cane juice dried to make a brown crumbly powder. The sugar cane juice is heated in a large vat until it is reduced to a rich, dark syrup. Then it is paddled to dry and cool the syrup into granules.

Sucanat (called Rapadura in South America and the Caribbean) is an excellent source of iron, calcium, vitamin B6, potassium, and chromium—which all help balance blood sugar. It can be used in recipes as a direct replacement for sugar. It’s especially good in chocolate-based and other raw-food desserts and marinades.

The syrup is made by pressing the juice from the yacon plant. This syrup is ideal for detoxification diets (such as a liquid cleanse) and for weight loss. It also contains substantial quantities of potassium, antioxidants, and other essential nutrients.

Yacon syrup has very little influence on blood sugar levels, so it can be well-tolerated by even diabetic patients. In fact, it has a much lower glycemic index than honey, agave or maple syrup. It also stimulates the growth of the healthy (or “friendly”) bacteria in your colon, which helps boost your immune system and facilitate healthy digestion.

A study performed at the Universidad Nacional Mayor in Peru showed how yacon syrup affects blood glucose levels. Sixty non-diabetic men and women fasted and then ingested one of four sweeteners. As you might expect, the group ingesting yacon syrup had the least “before and after” blood sugar variance, while other sweeteners caused an immediate and significant rise of blood sugar with a slower decline back to normal.

If you prefer, you can also sweeten your food with pitted dates, figs, raisins, and any other dried fruit. These may be the higher glycemic fruits, but since they’re still whole foods, they give you lots of nutrients. You might need a blender or a food processor to mix them into your food.

So, as you see, you can indulge your sweet tooth.  All you have to do is choose a natural, healthy sugar substitute, and there are plenty to choose from. Enjoy!

In the Kitchen with Kelley: Homemade Chai Tea 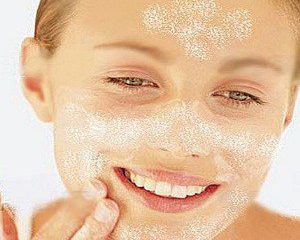