A new study by researchers at UCLA outlines a bleak health future for Californians, and by extension, all Americans unless we make a quick dietary u-turn.

Ninety percent of the California diabetes cases are Type 2, and researchers are expressing alarm at the rise in the number of children they are seeing with the condition.

Nationally, almost 80 million people have diabetes or pre-diabetes. According to the Centers for Disease Control and Prevention, diabetes is seventh leading cause of death in the U.S.

Type 2 diabetes is a dietary disease. Diabetes rates in Americans are high and rising higher because of our Western grain-based and sugar-laced processed food diet.

In Type 2 diabetes, the pancreas makes enough insulin, but blood sugar levels increase so that cell membranes are triggered to become insulin-resistant. In response, the pancreas makes more insulin. Over time, insulin receptors in cell membranes begin to function abnormally. When blood sugar levels remain high all the time, damage to the cells of organ systems is the result.

So what we have is a situation where high insulin is a symptom we are getting denoting that something is wrong. It is in fact a flashing danger signal of the biggest chronic disease threats we have today, including osteoporosis, heart disease, Alzheimer’s and cancer.

In his book, The Insulin Factor, my friend Michael Cutler, M.D. calls insulin the master hormone because it controls so many cellular functions. He writes:

Now that you know or are reminded how serious and expensive diabetes is, it’s important for you to realize that diabetes is only one of the possible symptoms behind dysfunctional insulin.

Diabetes is only the tip of the iceberg here and mainstream medicine chooses to treat the symptoms with drugs. Instead, if the focus was on fixing your master hormone (like how I help my patients), not only would diabetes be prevented and cured, almost all other chronic disease would be wiped out!

How to control your blood sugar

The key to controlling insulin and avoiding a quick death from the resulting damage to your bones, brain and heart, is in the diet. Avoid high-glycemic foods. That’s almost everything not found on the outer sections of the grocery store.

Choose foods that are as close to the bottom of the glycemic index as you can. That means protein, mostly raw vegetables and grains very sparingly. Even whole grain foods — especially bread — are very high-glycemic and will spike your blood sugar faster than a candy bar!

Most refined grains, processed foods and sugary beverages are disastrous for your pancreas and insulin function.

The diabetes remedy that satisfies your sweet tooth 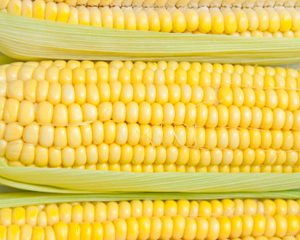