The descriptions I read about vitamin A, and what’s good for what illness, get even me confused. What are they? Does it work for skin? What about eye health?

Despite what most will tell you, there really is a safe way to treat skin conditions with vitamin A, which I’ll show you in this article. You’ll also discover how to use preformed vitamin A and beta-carotene safely for your health.

And for a more youthful look, I’m also going to give you the lowdown on vitamin A creams and their far-reaching effectiveness on reducing acne and improving your appearance as you age.

It’s a little bit of a long and involved explanation as to why vitamin A and its components have such differing safety and health effects.

So let me simplify the story for you.

From food you get the two main forms: pre-formed vitamin A from dairy products, fish, and meat; and the vitamin A precursor called beta-carotene (carotenoids) from colorful fruits and vegetables.

Vitamin A is really much like vitamin E in that it is comprised of a group of molecules essential to your health.

The ones with the major skin health effects are the “pre-formed vitamin A” molecules which are fat-soluble, come mostly from animal sources, and heal you while they also accumulate in your skin and liver.

You may recognize these retinoids (retinol, retinoic acid, retinyl esters) because they are important skin care ingredients which I’ll discuss later in this article. They are important hormone-like growth factors for skin and growth and healing. [1]

Also, our bodies were designed to work along with nature to use the nutrients from plants as food. We also benefit in other ways than nutrition. Our bodies can use the chemicals inside plants to get some of the same protective effects.

That’s what happens with pro-vitamin A (or pre-vitamin A) molecules – the carotenoids you ingest from plants such as carrots.

The one you probably know best is beta-carotene. This is a pigment protein that your body converts into vitamin A as retinal which then forms rhodopsin, the retinal light-absorbing molecule you must have to see at night, and also for good color vision.

Carotenoids also play the same role in our bodies as they do in plants… they have a role in helping us process blue light, which is important for our wake-sleep cycles.

Vitamin A and the key vision health nutrients

When it comes to vision health, beta carotene was thought to be the only ticket … until scientists discovered that other carotenoids lycopene, lutein, and zeaxanthin and complementary nutrient supplements do most of the healing.

These powerful antioxidants and are essential for retinal health – especially the focal point of light on your retina called the macula. In fact these, along with some other anti-oxidant supplements, are even being prescribed by optometrists and ophthalmologists for treatment of age-related macular degeneration (AMD).

The combination used in the large randomized clinical trial [2] for AMD Included beta-carotene (15 mg), vitamin E (400 IU) as alpha-tocopherol, vitamin C (500 mg), the trace minerals zinc (80 mg) and copper (2 mg). They found this reduced the risk of disease progression by 25 percent. Using lutein and zeaxanthin along with omega-3 fatty acids [3] lowered disease progression by 18%. Since then, other nutrients have been shown to have healing effects on the retina and the lens (glaucoma) such as lycopene, [4] and bilberry extract [5] which contains bioflavonoids and proanthocyanidins.

How much vitamin A is safe to take?

Now that you know the two main forms of vitamin A, here’s why there are safety concerns for high doses of pre-formed vitamin A when taken for a long time.

The upper limit is 10,000 IU per day because it is derived from animal sources and is fat soluble, so it accumulates in your tissues. When you have too much stored up and more coming in, it can lead to hair loss, confusion, liver damage, and bone loss.

However, the safe and effective pre-vitamin A (as beta-carotene and other mixed carotenoids found in colored fruits and vegetables) does not accumulate even in high doses of 100,000 IU or more daily. Plus, it’s healing for many other tissue types.

But will pre-vitamin A work for skin healing? The answer is…not really, yet it depends on your ability to absorb and convert pre-vitamin A to the retinol (skin-healing) form in your body…

In order to determine how much beta-carotene in food is equivalent to a particular amount of retinol (active vitamin A), we used to use international units (IU). But the newer unit of measurement is called the retinol activity equivalent (RAE).

RAE is a much more useful term because it tells you what’s happening in your body depending on how much you take. The term IU was confusing and never described much.

Here’s a tip: the more lipids (oil) you ingest along with carotenoids, the more you’ll absorb them, which can be a sweet surprise as I’ll share in a moment.

What determines your body’s ability to convert pre-formed vitamin A carotenoids into retinoid forms for optimal skin health? It’s mainly genetics. Years ago researchers discovered that only about 45 percent of us can get enough vitamin A from the pro-vitamin A beta-carotene alone, which is now known to be due to a specific gene variation (in science-speak, that’s called a polymorphism). [6]

And how you prepare your food has a lot to do with it, too. A 2002 study [7] reported in the European Journal of Clinical Nutrition showed that only 3% of the beta-carotene content was actually released from raw carrots in pieces, but when it was chopped up finely (pulped) 21% was released, while cooking released 27% and cooking the pulp in oil increased it 39%.

That last part was your nice surprise…we all love the taste of oil in food! It’s a natural craving that makes sure we get enough fat into our bodies, which carried the fat-soluble nutrients like vitamin A to tissues that need them.

Other factors that govern conversion to vitamin A include digestive problems such as bacterial and yeast imbalances from not enough probiotics and living foods, excessive alcohol use, chronic excessive toxic chemical exposure, and medications.

Just for comparison, the following are some representative retinol activity equivalence (RAE) values from foods taken from a USDA database. [8]  Also it shows their percentage of recommended daily allowance (RDA) for men found in an average serving:

Using vitamin A pills to treat acne and skin conditions

Yes it is true that taking mega-doses of pre-formed vitamin A will create a problem…but not if you take them for just a short time, like six months or so. There are other complementary nutrients needed too. Here’s the formula from our Naturopathic Doctor friends who have ample clinical experience treating acne in all its forms, and teach this in their professional schools:

Other skin conditions will improve too. More specifically, vitamin A is a general skin healing agent for a smoother and younger look. That’s why retinols are so effective as topical emollients. And this is the topic I want to take up in my next article: what works better to make your skin beautiful: retinol creams (including tretinoin, or Retin-A®, Renova®), or a glycolic peel (your local esthetician does this best)?

Relief for that pain in the neck 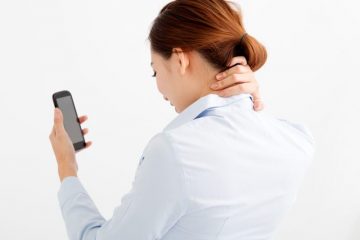