Schizophrenia is a disease which eradicates the borders between reality and illusion in your mind and affects your daily perception. Additional mental disorders such as depression as well as anxiety disorders may also develop as a result of schizophrenia.

Several factors are responsible for schizophrenia. A few of them are:

1. Genetics Can Be Responsible

Studies show that 10% of the total population suffering from the disorder has a close relative, like a sister or a brother already suffering. The risk, studies suggest, increases vastly, to about 40-65%, if there is a twin who suffers from schizophrenia.

Genes cannot be the only factor in causing the disorder. Doctors state that in some cases, the gene malfunction is linked to environmental factors. Malnutrition before birth and problems with the birth can also be a reason for the disorder. In some cases, heavy use of marijuana during adolescence has also been linked to schizophrenia.

3. Imbalance in the Brain Structure and Chemistry

Complex chemical reaction takes place in the brain constantly. Imbalance in this leads to irregularity in production of the neuro-transmitters glutamate, dopamine and a few others. There are fluid-filled ventricles at the central portion of the brain and they have been observed to be larger in people suffering from schizophrenia. Even tiny change in the distribution of brain cells and their inter connectivity can lead to schizophrenia. Symptoms are usually observed during puberty as the brain undergoes several changes. The dormant imbalance which had not affected the perception of reality, then starts to manifest. From here, it is a slow disintegration of the perception of reality and the development of delusions.

Post-Menopausal Bleeding: What You Need To Do? 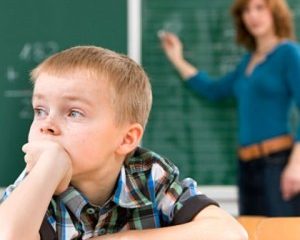