The pharmaceuticals continue their assault on our hearts by producing newer and more toxic “blood thinners” and blood pressure drugs than ever, even though they work no better than inexpensive nutrients and minerals.

Doctors continue to push these drugs on their scared patients who think they are going to die unless they take the drugs. Yet with all these drugs in people’s systems, the Centers for Disease Control and Prevention says one in three adult Americans (70 million) still has high blood pressure (hypertension) and only 52 percent of those with high blood pressure have it under control.

The media dutifully goes along with the scam, trying to make you feel guilty by reporting that healthcare services and missed work days related to high blood pressure treatment costs the nation $46 billion each year.

But relief for high blood pressure may be as simple as getting more magnesium.

Magnesium is essential for the function of the endothelial cells which induce vasodilation — relaxing of blood vessels and lower blood pressure. Magnesium also reduces inflammation in blood vessels, keeping them flexible, and has been shown to improve blood flow in the tiniest blood vessels in the body — those of the inner ear and in the brain.

How much better, then, to have enough in your body for the large vessels? New research published in the American Heart Association’s journal Hypertension found that magnesium supplementation has a direct “causal effect” on lowering blood pressure in adults.

For the study, researchers compiled results from dozens of double-blind, placebo-controlled trials involving 2,028 patients. They determined that magnesium supplementation of 300 milligrams per day was sufficient to elevate serum magnesium and reduce blood pressure; and low serum magnesium was associated with high diastolic blood pressure. (The National Institutes of Health recommends 400 mg/day.)

I have written a number of times about the benefits of magnesium supplementation, most recently last September in my article, “Low magnesium linked to heart disease, high blood pressure.”

Almost everyone is low in magnesium, and the mineral is required for all the body’s major organs in order for them to function properly. There are a number of symptoms that are indicative of magnesium deficiency including:

In addition to supplementation, you can raise your magnesium levels naturally by adding magnesium-rich foods to your daily diet. There are quite a few, but which ones are the best?

You won’t find out from the Food and Drug Administration. And good luck searching through the U.S. Department of Agriculture’s public documents.  You might think they don’t want you to know about the South American seed called quinoa, and how just a small amount can give you loads of magnesium. Here is a list of the other foods with the most magnesium:

Editor’s note: Hypertension is a Silent Killer. But you can discover natural, effective ways to stop this disease in its tracks and avoid heart attack, heart disease and stroke in Dr. Mark Wiley’s eBook, Natural Ways to Reverse and Prevent Hypertension. Plus, learn the 7 SIGNS indicating you could be at increased risk! 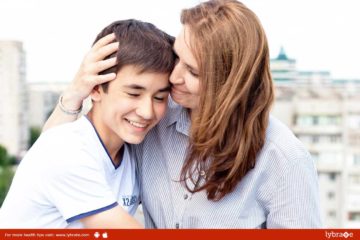