October 4, 2018 admin
Home»Health Conditions»Diabetes»Processed sugar is a criminal assault on your health
Diabetes

Sugar is as addictive as drugs and just as deadly. This sweet saboteur is systematically destroying our health, turning our brain functions into a slog and depressing our appetites for healthy food.

Sugar is getting plenty of help from the processed food industry, which should be charged as a criminal enterprise for its assault on the human body.

Commercial or white sugar is made from sugar-cane, beets, corn, etc. It’s absolutely void of nutritional value. During the refining and manufacturing of white sugar anything worth consuming is stripped away or destroyed including enzymes and vitamins, organic acids, protein, nitrogen elements and fats.

Worse, added during the process are hydrochloric, phosphoric and sulphuric acids, lime and other foreign substances. And the newly-renamed high fructose corn syrup (now called just “fructose”) is likely to contain mercury, according to a study by the Institute for Agriculture and Trade Policy (IATP). IATP researchers tested 55 popular brand-name food and beverage products that listed high fructose corn syrup as the first or second ingredient and found a third of them had mercury from the corn sugar.

Researchers writing in Mayo Clinic Proceedings have pointed out that a large body of research now shows that our penchant for eating foods with added sugar are a leading cause of diabetes and prediabetes. The main culprit is fructose, the lethal form of sugar that is added to shocking number of foods, including soft drinks, spaghetti sauces, ketchup, bread and salad dressing.

Knowledge of sugar’s adverse effect on our health is nothing new. Dr. Frederick Grant Banting, Nobel laureate and discoverer of insulin, wrote in 1929 in regard to the causes of diabetes: “In the United States the incidence of diabetes has increased proportionately with the per capita consumption of cane-sugar. One cannot help but conclude that in the heating and recrystallization of the natural sugar-cane something is altered which leaves the refined product a dangerous foodstuff.” (Edinb. Med. J. 36, Jan. 18, 1929.)

Before Dr. Banting, Harvey W. Wiley, M.D., chief chemist of the Department of Agriculture at the turn of the 20th century and known as the “Father of the Pure Food and Drug Acts,” strongly opposed fructose corn syrup because of its high risk to human health. He said that fructose corn syrup would cause the pancreatic function to be bypassed and shut the pancreas down, causing a nation of diabetics. And now we see it happening.

Drs. Banting and Wiley would probably roll over in their graves if they somehow knew just how prevalent diabetes is in the United States today. In the years since those men’s conclusions, mountains of well-established peer-reviewed literature have demonstrated that sugar:

And whereas only about a quarter of glucose gets processed in the liver, 100 percent of high fructose corn syrup goes straight to the liver.

This has a similar effect to alcohol abuse, which is why there is so much fatty liver disease. Fructose also impairs insulin, which causes diabetes, but more importantly is a major factor in the development of many cancers. Fructose also causes a rise in dangerous VLD cholesterol, and triglycerides, which can get caught up in inflamed blood vessels, become arterial plaque and cause sudden cardiac death.

Sugar used to be available to our ancestors only as fruit or honey — and then only for a few months of the year. Today, these sugars are available in hundreds of foods, many of which you would not normally think of as sugary.

Next week I’ll tell you about the better sugar source: honey.

Editor’s note: Diabetes is the most preventable of all chronic diseases. If you’re pre-diabetic, have a family history or want to turn your health around, find out how in Dr. Michael Cutler’s eBook,

Bacteria are eating away your health from the inside 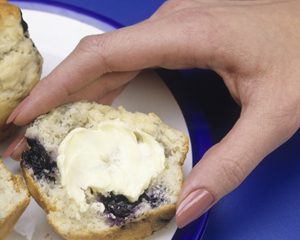