October 4, 2018 admin
Home»Pregnancy»Precautions To Be Taken During Pregnancy
Pregnancy

Precautions To Be Taken During Pregnancy

Giving birth to a baby is the phase of greatest joys for a woman. A pregnant woman does not only have to take care of her well being but also care for the needs of the little one growing inside her. The phase brings with it various transitions and problems respondent to the emotional and physical changes a woman’s body goes thru.

Pregnancy can also be called a tricky stage of a woman’s life as the body does not only adjust to its new role, but also act as a protector, incubator, nourisher and preserver of the new soul. These changes not only make it necessary to take good care of oneself but also demand some compulsory precautionary measures to be taken.

Women consuming caffeine in huge quantities during pregnancy may face the problem of birth defect, prematurity and smaller than normal size of their baby.

Foods and beverages like cocoa, chocolates, tea, coffee, colas and other soft drinks containing caffeine in high quantities should be avoided during pregnancy

It is said that the nature and behavior that a mother has during pregnancy, is carried on to the child. Therefore a pregnant woman should always be happy and avoid stress. Exercise, yoga, meditation and anything that helps relieve stress and trauma should be done. At the same time care should be taken not to over-exert oneself by rigorous exercise and heavy weight lifting as it may have an adverse effect on the baby.

Pregnant women should avoid any food item which has high Vitamin A content. On the other hand food rich in protein and calcium should be included in the diet. Women should increase the intake of protein rich food by one third times after conceiving.

This helps in having a normal and healthy baby. Junk food, smoking and drinking alcohol should be totally despised. Pregnant women should keep their body well hydrated and nourished.

During pregnancy a woman should be active to help the development of the baby as well as to improve the chances of normal delivery. However adequate amount of rest is also necessary for the development of the child and to take care of the needs of the physical and hormonal changes the woman’s body is undergoing.

Women can have a healthy intercourse up to several months after conception. Adequate care should be taken by both the partners to position them in a manner where the baby can be easily accommodated.

Lying on the stomach is absolutely forbidden. A calm and attentive intimacy should be chosen over rough sex.

Being a member of the family otherwise, when having pets around during pregnancy one should be very cautious. Pets of the dog family are usually not a problem, but care should be taken that the large dogs do not jump on the tummy while sitting or sleeping. Pets of the feline family are extremely dangerous. Their waste has high content of toxoplasmosis which can cause fetal defects, premature delivery, and low birth weight. At the same time

How to Increase Appetite in Pregnancy

Precautions To Be Taken During Pregnancy 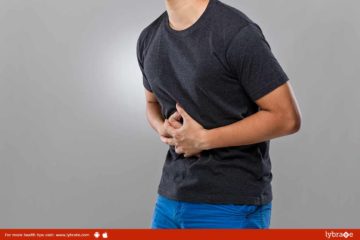