Are you ready to say sayonara to high blood sugar and all the health problems it causes?

Well, I have good news. You could be just three meals away from significantly better blood sugar. But you have to do one thing first…

You’ve probably already heard that low-carb diets can work wonders for prediabetes (the most avoidable stage but most miss this window), diabetes and other blood sugar problems. But it turns out these diets don’t just work — they work fast! So if you can set one day aside, and eat as few carbs as possible, you might just be amazed…

Researchers from the University of Michigan found that eating three low-carb meals within a 24-hour period can lower your post-meal insulin resistance by a whopping 30 percent.

Now, if you’ve ever had blood sugar issues you probably know all about insulin resistance. It plays a huge part in high blood sugar and the development of prediabetes and diabetes. That’s because, when you’re insulin resistant, the hormone insulin is less effective at transporting the sugar in your blood to your cells. This sugar is then left in your bloodstream, which leads to high blood sugar. Your pancreas will then produce more insulin to try to get rid of the excess sugar. And an overworked pancreas could lead to diabetes.

That means a low-carb diet really does have the potential to balance your blood sugar and prevent diabetes. But is that really a surprise? Especially if you consider the effect high-carb diets have on your body…

In previous studies, people who ate a high-carb diet for anywhere between five and fourteen days experienced an increase in insulin resistance. Their livers also released more glucose, which led to high blood sugar. And their body’s ability to break down fat decreased, which puts them at risk for obesity.

In the University of Michigan study, people in the high-carb group ate meals made up of 60 percent carbohydrates. Interestingly enough, that falls into 45-to-60 percent daily carbohydrate intake recommended by both the Department of Agriculture and the Department of Health and Human Services. But following this recommendation doesn’t seem to do your blood sugar any favors.

Instead, you may want to follow the example of the people in the study who lowered their insulin resistance. They ate meals that only contained 30 percent carbohydrates. Their meals also contained 25 percent protein and 45 percent fat. As a point of reference, in the Paleo diet, people typically get about 23 percent of their calories from carbs. So the low-carb eating approach used in the study was a little less extreme than what you’ve seen on the plate of your friend who’s gone Paleo. But it’s still a significant decrease in carbs if you’re used to getting 45-to-60 percent of your calories from carbs like most people. Plus if you fight diabetes with paleo power you get to eat more, because you’re eating better.

If you’re grappling with blood sugar issues, it’s definitely worth a shot. Try eating at least three low-carb meals and see for yourself the difference a day can make. To figure out the percentage of carbs you’re putting on your plate, all you have to do is multiply the grams of carbohydrates in your meal by four (because there are four calories in a gram of carbohydrates) and divide your answer by your total daily calories. Multiply that number by 100 and voilà — you have your carb intake percentage all figured out.

Just remember: all carbs are not the same. By choosing wisely and eating the right carbs, you can manage your blood sugar and benefit from the cancer-killing potential of resistance starch (the carbs you don’t want to cut out)–and still enjoy a little pasta salad on occasion.

Editor’s note: The vicious cycle of insulin resistance puts your body at risk for a plethora of disease, including cancer and heart disease. For a complete guide to understanding and controlling your body’s master hormone, get a copy of Dr. Michael Cutler’s The Insulin Factor today.

You’re not ‘stuck’ with constipation if you try this 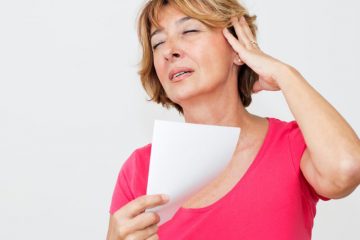