A lot of women know that vaginal itching may be one of the signals of a possible yeast infection with which accompanies a host of other bothersome symptoms, comprising a white thick discharge along with a burning sensation while urination.

Yeast being a type of fungus is commonly found in and around the vagina and elsewhere in the body, it is also known as Candida Albicans or simply Candida. Usually, Candida remains in a perfect state of balance with other micro-organisms on and inside the body causing no problems. But unfavorable or inharmonious conditions between Candida and other organisms may promote the growth of vaginal infections as well as yeast infections.

Just like any other form of yeasts, Candida flourishes under moist, warm environment, especially, in presence of plenty of sugar. That is why people suffering from diabetes are affected the most and have higher risks of experiencing yeast infections in their groin areas, armpits and even under breasts.

It is being considered by most of the medical experts that yeasts thrives more on the skin of diabetic patients due to the high level of sugar contents underneath their skin, allowing yeast formation through bodily secretions like sweating, etc.

How far is yeast infection diet helpful for a patient suffering out of this condition?

It is a common question asked by most of the patients suffering from yeast infection whether there is any diet for controlling this state of condition. Well the affinity that yeasts have with sweets has prompted a lot of people that an alternative diet should be helpful in combating with a possible yeast infection.

However, many people have started following a so-called Candida or yeast infection diet on the stated theory that leaving out certain food items might show some reduction in the rate of yeast overgrowth. Proponents of this diet regimen have already admitted that with a yeast infection diet can actually cure as well as prevent further growth of yeasts in one’s body.

Food items that should be avoided to eliminate yeast infections includes.

However, there are not many evidences behind the usage of such a diet system but medical experts all over the world advises to take ample of probiotics to all those affected by a yeast infection.

Hence many consider that daily consumption of probiotics probably could the secret behind having a diet to control yeast infections. Probiotics provide friendly micro-organisms which bear resemblance to the “friendly” bacteria living in and on our bodies and are also helpful in lowering the risks of possible infections due to yeasts.

Good bacteria normally live in the digestive tract, over our skin or elsewhere on our body helping out in the process of digestion along with other bodily functions. But when antibiotics are consumed for treating other illnesses, it kills off these friendly bacteria, paving a way to those harmful organisms, including yeasts, to invade and reproduce while causing vaginal irritations like burning or itching sensations and other related symptoms of yeasts infections. With daily consumption of probiotics, you can restore the body’s standard bacterial balance.

Some of the best sources of probiotics are

Although the amount of probiotics in any product will widely vary so it is better to go through the product composition before buying. Along with that, antibiotics should be used judiciously as per the doctor’s instructions.

How To Lose Weight Successfully Without Dieting

Important Points To Consider When Going For A Balanced Diet

Best Ways To Cook With Chives

Chronic Kidney Disease: What Causes It? 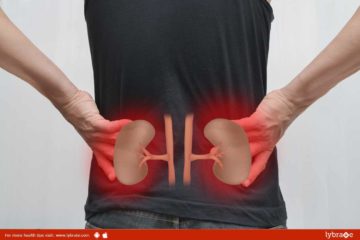