Our junk food diets and couch potato lifestyles are ruining our mood and endangering our health. But you can fight back.

First, recognize that junk food is addictive. It’s not a harmless treat.

A study at Harvard shows how foods with high glycemic index alter parts of the brain responsible for hunger, thirst and the natural rhythms and body cycles.

Almost every label in the grocery stores shows some kind of sugar or sweetener contents. No warnings are ever given about the highly toxic nature of synthetic sweeteners. Some are more toxic than others, but all can cause multiple diseases, from convulsions to diabetes. All accumulate as acid poisons in the human body.

All artificial or synthetic sweeteners should display a skull and crossbones on their packaging.

There is a mountain of research on the extreme danger of synthetic sugars, and I believe that there is no way to have good health while consuming sugar at the same time. No amount of terrorism could come close to the danger of sugar consumption in the United States.

In the Harvard study, researchers split study participants into two groups. One was given a high-glycemic milkshake; another was given a milkshake with the same calorie content and flavor, but with a low glycemic index.

There is also plenty of evidence that high-glycemic foods are making us more prone to mental difficulties like depression.

Each year, more than 15 million American adults suffer from depression, and its effects are not to be taken lightly.

But there are eight simple things you can do to fight off the depressive blues and help restore a positive outlook: 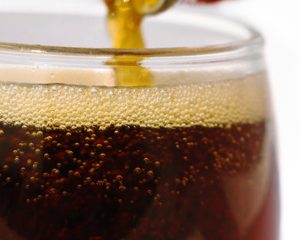