October 4, 2018 admin
Home»Healthy Foods»Gluten»My high blood pressure vanished when I changed this in my diet
Gluten

After years of eating gluten-free, I found that my blood pressure fell significantly.

“Well, obviously your high blood pressure is gone,” my doctor told me last week. We were talking about a medical condition that had lasted for decades. Over the years, it had resisted the effects of calcium channel blockers, beta blockers, ACE-inhibitors and other drugs. But when I stopped taking drugs and made a relatively simple change to my diet, my high blood pressure vanished.

Over much of my lifetime, the health of my coronary arteries has provided me with a frustrating conundrum. No matter what I did to lead what I considered a heart-healthy lifestyle, my blood pressure stayed elevated and plaque insisted on collecting in one particular artery. Unfortunately, that artery — the left anterior descending artery to the heart, nicknamed the “widow maker” — is crucial to the survival of the heart muscle.

As a result, when I’ve traveled to various hospitals for angioplasties, I’ve been greeted by the cardiac nurses with questions like “What are you doing here?” as they wondered why someone who looked as healthy as I did would be having artery problems at such a young age. Another nurse once congratulated me on being “the healthiest heart patient we’ve ever had.”

Meanwhile, my blood pressure had been high since the very first time it was measured during my college years. It was a fact that surprised my doctor and shocked my parents. And nobody could offer a good explanation for its elevation.

Aside from my hypertension, I knew I was at increased risk of heart disease since every male in my family had suffered with it. Both of my grandfathers died at relatively young ages because of heart attacks. In his 60s, my father had had quintuple bypass surgery.

As a result, I tried to protect myself with exercise, diet and stress control. Every time new recommendations came out for protecting heart health, I followed them.

As an exercise addict, I had no problem getting enough physical activity. I always stuck to a pretty strict diet, and my weight always stayed under control.

What I didn’t know was that the inflammation in my body that was annoying my cardiovascular system originated in something I never expected: gluten.

Now don’t get me wrong, I didn’t originally give up gluten because I thought it would help my high blood pressure or heart. I gave it up because I was having serious memory problems; and I wanted to see if going gluten-free would solve my brain problems. It did.

What I found when I gave up gluten (I have also given up all grains) was that inflammation in my body dropped. For instance, my inflamed reaction to insect bites eased up. (And, for some reason, I am no longer bitten by insects as frequently.)

But after years of eating gluten-free, I found that my blood pressure fell significantly. Today, I can sit at my home computer, surfing the Internet while taking my blood pressure, and get readings that are lower than I ever could produce by focusing on my diaphragm and mentally picturing a misty morning in the Smoky Mountains.

The most recent investigations into chronic conditions like heart disease show that inflammation, an overreaction of the immune system, may be to blame for many people’s ill health. I guess I was lucky to discover that gluten was the source of my inflammation, though I wish I had found it sooner or that one of my doctors had been savvy enough to figure it out.

Note from the Editor: Hypertension is a Silent Killer. But you can discover natural, effective ways to stop this disease in its tracks and avoid heart attack, heart disease and stroke in my eBook, Natural Ways to Reverse and Prevent Hypertension. Plus, learn the 7 SIGNS indicating you could be at increased risk! Click here to get it for only $9.95 today! 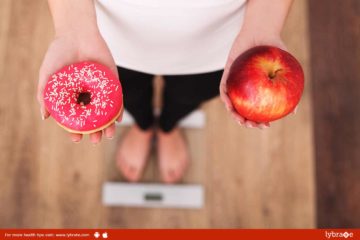