Being among the most common cancers in men of America, prostate cancer demands due attention and medical intervention to control its spread and severity.  Prostate cancer unfortunately does not show warning signs too early.

Symptoms can become evident when the cancer has spread past the prostrate. Prostate cancer can be slow growing, particularly in older men, and can exist even without presenting any sign(s).

Although the cancer itself may not reveal sign(s), the obstruction arising out of cancer growth in the prostate and adjoining tissues can present symptoms which may help identify the illness.

When a tumor is too small to pose due pressure on the urethra, there may not be any vivid symptoms of the cancer. The below two signs may be non-cancerous in men. With age (usually over 50), men can have their prostate gland enlarged which presents these signs (benign prostatic hyperplasia). Nonetheless, it is important to check with your doctor if you have any of these. An advanced prostate cancer may include symptoms of an enlarged prostate gland.

Prostate cancer can cause symptoms similar to benign prostatic hyperplasia. There can be frequent urination and increased urination at night (known as nocturia). Pain during urination can also be found. Men suffering from prostate cancer can also experience leakage of urine while laughing or coughing and can even find urinating difficult/impossible while standing.

Symptoms can also appear as having a skewed stream of urine. There can also be blood in the urine (known as hematuria). However, these symptoms can only be observed in about one-third of the men.

Difficulty in Erection and Ejaculation

Since prostate cancer is related to urinary dysfunction, many changes associated with the gland can be seen. Due to the abnormal functioning of the vas deferens, prostate cancer can also cause sexual concerns as difficulty having erections and ejaculation. Ejaculation can be painful or accompanied with a burning sensation. The semen may also carry blood with it.

In its advanced stage, having spread to other body parts, prostate cancer can show additional symptoms. Bone pain, especially the bone of the spine, can be a common one. It can press the spinal cord and create weakness in the legs, urinary incontinence and fecal incontinence.

Other common areas of pain are the ribs and pelvis. There can be swelling in the lower extremities and weakness (even paralysis) in the lower limbs. Constipation can also accompany weakness or paralysis.

Men may also show loss in weight and appetite as signs for prostate cancer. There can be a general feeling of ill health.

Not common though, prostate cancer may affect some more body parts including the brain, lungs, lymph nodes and liver. Should you find a new symptom lasting for few weeks, consult your cancer specialist at the earliest.

When prostate cancer gets diagnosed early, it becomes easier to treat it with an enhanced success rate. Marking symptoms is crucial because by doing so, you get to know the exact condition for appropriate treatment.

In the Kitchen: 6 surprising uses for cranberry sauce 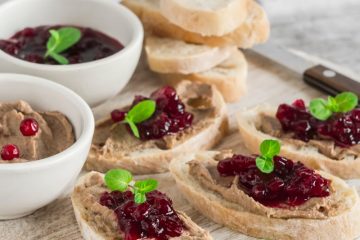