October 4, 2018 admin
Home»Pregnancy»List of Foods to Avoid During Pregnancy
Pregnancy

Food is the most considerable part during pregnancy. The journey of pregnancy starts with preparing a diet chart to provide balanced nutrition to both the child in the womb and mother- to-be. The growing baby needs lots of nutrients and healthy diet for proper development during step by step.

Foods rich in vitamins and minerals help in developing the vital parts of baby since initial stage. But there are also kinds of foods which are not permissible for pregnant woman. Along with must have list, the prohibited food list is also important to be mentioned due to precautionary majors. Here is a brief list of food to be avoided during pregnancy.

Foods to Escape During Pregnancy

Stay Away from Unpasteurized Milk

Listeria as infectious bacteria is the biggest threat that can cause infection through infected milk. Unpasteurized milk intake enhances the chance of such infection.

The very bacteria easily pass through the placenta and it can cause a devastating infection leading to death. The most common hazards of the bacterial infection are miscarriage and blood poisoning.

Soft cheeses are generally made up of less processed milk and it can carry Listeria. Try to avoid every kind of soft cheese such as Brie, feta, Camembert and Roquefort, which contain no specific information about usage of pasteurized milk. To mitigate the risk of bacterial infection, it is important to get confirmation of pasteurized milk in soft cheese. It is better to pick mozzarella and cottage cheese for healthier diet.

Most of seafood like swordfish, king mackerel and shark contain high level of mercury that can be harmful during pregnancy. Dangerous level of mercury can affect the nervous system of the unborn baby.

Though, fish is said to be the richest source of protein and omega-3 which are the most important nutrients for enhancing brain growth of the baby but it is needful to pick the safe option during pregnancy.

Caffeine intake higher than permissible limit leads to harmful results such as miscarriage. Caffeine dehydrates the body which is devastating during pregnancy. A balanced water level helps to detoxify the body and also helps in development of the baby. It is necessary to eliminate the harmful amount of caffeine intake in the form of coffee, chocolate and other beverages containing caffeine.

It can cause severe illness to the baby and it also can lead to death. Uncooked egg and the product containing raw eggs like mayonnaise, ice cream, eggnog and other dressing or spread products are at the higher edge of risk for carrying the infection.

These are some most considerable items among food to be avoided during pregnancy for better health. With some easy and safe steps, you can lead the nine months journey to happy and healthier note.

Important Things to Avoid During Pregnancy

The mineral that winds up your body clock — and your energy 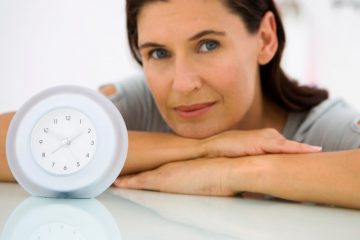