If you want to get the most health benefits for your buck, you may want to try a new approach to eating your vegetables. Rather than eating fully-grown broccoli or radishes like most people do, try something different—eat them when they’ve just sprouted from seeds.

Now, you may be wondering why you would want to eat vegetables that haven’t finished growing yet. And the answer is simple…

Because the nutritional content of vegetable sprouts is out of this world. Did you know, for example, that some sprouts contain 20 times more vitamins than their full-formed counterparts?

Sprouts also pack a more powerful punch against cancer. Just look at broccoli sprouts —they contain 20 to 50 times the amount of cancer-fighting compounds as a mature broccoli plant.

That’s probably why doctors in ancient China prescribed sprouts for a long list of health issues over 5,000 years ago. They knew even back then that these baby plants had something special. And they were right. Sprouts also have:

It’s no wonder, then, that sprouts are powerful diseases-fighters that have been shown to help with digestive problems, anemia, heart health, asthma, weight loss and immune health, among other things.

But do you know what sprouts are best known for? Their ability to keep cancer from sprouting in your body. Cancer prevention is probably the single best reasons to add these baby vegetables to your daily diet. And if you do, you should start with a few proven cancer-fighters:

Now, you can buy most of these sprouts from the store. But if you have a green thumb, you can also grow them yourself in the comfort of your own home. If you’re interested in becoming a DIY sprouter, here are some instructions to help get your sprouting adventure started.

Editor’s note: Natural cancer remedies exist in nature. But the sad truth is, mainstream medicine would prefer you never learn of them. Dr. Michael Cutler reveals how to escape their outdated and useless treatments and drugs — and lists dozens of the best vitamins, supplements and alternative methods to prevent and treat cancer in his comprehensive guide, Surviving Cancer! To get your copy today — plus 3 FREE reports — click here!

Pull stamina out of thin air with beet juice 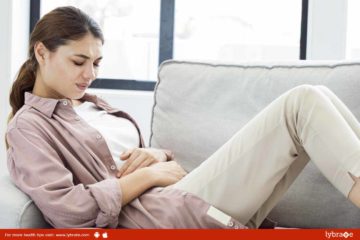