Is this pain remedy destroying your bones?

When researchers at the Henry Ford Hospital examined the medical effects of a standard treatment for back pain, they were shocked at what they found: A commonly given injection drastically drains bone strength—especially among certain women.

The scientists discovered that when doctors give epidural steroid injections to postmenopausal women to relieve back pain, the women lose their bone density six times faster.

“The findings of our study suggest that epidural steroid injections for back pain relief should be approached cautiously in patients at risk for bone fragility,” says researcher Shlomo Mandel. “Physicians who do prescribe them should consider measures that optimize bone health such as calcium and vitamin D supplements and exercise as part of their patient’s treatment plan.”

Back pain is one of the most common medical problems in the United States. It afflicts eight of 10 people at some point during their lives. Doctors frequently offer anti-inflammatory drugs and physical therapy for back problems. In addition, an epidural steroid is often prescribed to relieve back pain.

What can you do to avoid bone loss but still relieve your back pain?

Research at Harvard shows there are a few things you can do on your own to lower your risk of back pain. They include:

Additionally, researchers at the Sunlight, Nutrition and Health Research Center found that a lack of vitamin D contributes to the large number of people worldwide who suffer low back pain.

And let’s not forget about the harm sitting too much can do to your back. Whenever possible take short walks or at the very least stand up and do these stretches, even in your office.

Taking steps to relieve back pain and keeping your back healthy by reducing damage is definitely preferable to drastic procedures and surgery.

Relax and slash your dementia risk by half

Your 10 day plan to renewed health and energy

Is this pain remedy destroying your bones? 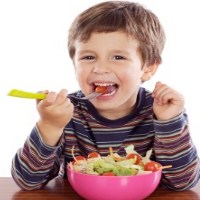