In the kitchen with Kelley: Real homemade pumpkin puree

I don’t know about you but I was recently shocked to discover that the canned pumpkin I had been using to make pumpkin pies for over a decade now is not actually pumpkin.

It’s a golden-fleshed winter squash. Supposedly this squash makes for a better textured pie, and with pumpkins being mostly hollow, I imagine for the food industry that using squash instead allows them more bang for their buck.

Is it a big deal? After all pumpkin is a type of squash.

Still, I can’t imagine continuing this farce another season as my freshly carved pumpkin stares at me from the stoop. Something’s just not right about it…

So last weekend, after a marathon day of pumpkin carving, I decided to save a few and make homemade pumpkin puree. It wasn’t half as difficult as I had envisioned and now I have several freezer bags of the orange stuff to use, not only in pie and soup, but I can have a decadent pumpkin dessert at a moment’s notice. My new favorite after-dinner snack is a small bowlful of warmed puree with a little drizzle of maple syrup, topped with whipped cream and cinnamon. Sweet enough, but not enough to make me feel guilty.

One reason to feel good about eating pumpkin: You get lots of vitamin A in just one cup — twice the recommended daily allowance. That’s great news for your eyes, skin, teeth and bones.

And don’t forget to save your seeds when you carve your pumpkin.

In the Kitchen with Kelley: Spaghetti squash marinara with poached egg

In the kitchen with Kelley: Broccoli and horseradish sauce

In the kitchen with Kelley: 6 ways to score with game day food

In the kitchen with Kelley: Beet wraps with hummus

In the Kitchen with Kelley: Stuffed avocados for two

In the kitchen with Kelley: Real homemade pumpkin puree

Breast Reduction Surgery – Should You Go For It? 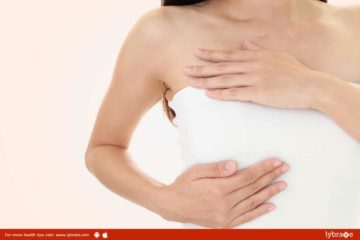