Ovulation is that period of the month when the mature eggs released from the ovary are pushed down the fallopian tube and is ready to be fertilized. It is accompanied by thickened uterus lining to hold the egg when it is fertilized and sheds causing menstruation when remains unfertilized. It is important to know the days when a woman is most fertile when one is planning a pregnancy.

The ovary releases one mature egg each day and this ovulation period lasts for about 5 days during the month in between two menstrual periods. A woman usually has a 28 day cycle for menstruation, however, there are many reasons why one can have irregular menstrual cycle wherein the cycle is shorter than 21 days or as long as up to 36 days. It may also vary from one month to another.

However, there are several ways which one can use to calculate their ovulation period given irregular menstrual cycles.

Keep a track of the dates of menstrual cycle by writing it on a calendar. Taken down for longer period the data helps to understand the pattern of irregularity of the menstrual cycle. Take the shortest and longest interval between two periods’ dates and calculate the average to find out the range of dates when you will be most fertile i.e. the Ovulation Period. These are the days where chances of conceiving a baby are the most if you have an intercourse.

The temperature our body has after waking up in the morning or after having at least three hours of sound sleep is the Basal Body Temperature. It is measured using a Basal Thermometer and shows minute body temperature fluctuations which regular thermometers do not.

When ovulating, a woman’s body temperature goes up by .5 degree Celsius or .9 Degrees Fahrenheit. Therefore, by keeping a track of the temperature on normal days one can find out the ovulating days. For best results, the same thermometer should be used and the timing of the day at which the temperature is taken should be the same.

How To Calculate Your Pregnancy
Chinese pregnancy calendar
Pregnancy Calendar

An ovulation kit contains strips to test urine samples to determine the days of ovulation. When ovulating, there is a change in urine’s hormonal content which can be detected by the use of ovulation kits.

These are not considered very accurate as it may predict the ovulation period but does not guarantee one. Therefore, with the ovulation kits’ predictions it is necessary to keep a track of various symptoms that occur with ovulation, such as tender breasts, heightened senses, spotting etc.

When ovulating, there is a discharge of different mucus than usual from the vagina. This is called cervical mucus. The otherwise light or sticky mucus becomes slippery and white of the consistency of raw egg white providing clues for the ovulating period of the woman’s body.

There may be a change in the level of mucus produced depending on the various hormonal factors. However, there is a different kind of discharge after an intercourse or otherwise which should not be mistaken as a signal of ovulation. Many women do not have discharges during ovulation and or regularly; therefore it becomes difficult to determine the ovulation period then.

Ways on How to Boost your Fertility

Lower Back Pain – Know Its Symptoms and Treatment! 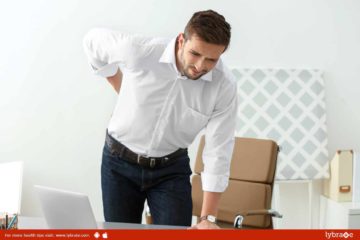